Aileen Wuornos was a prostitute by profession and a renowned American serial killer who killed 7 men in the years 1989 and 1990. All these murders took place in Central Florida. She said in her statement that she killed these men because they brutally raped her. Wuornos started prostitution when she was a child. In the year 2002, she was hanged by lethal injection.

Aileen Wuornos was born on the 29th of February 1956 in Rochester, Michigan. From her childhood, she experienced a horrifying uproar. Her mother Diane Wuornos left Aileen and her brother to her grandmother after her father was sentenced to jail for child molestation. Later on, Wuornos’s dad committed suicide himself while in jail. Aileen’s grandfather was a frightening, fierce force, and her grandmother was an alcoholic. Her grandfather sexual assault her and because of that young Aileen Wuornos became pregnant. She gave birth to a boy who was adopted by a family. She left her home and spent many years in the woods. When she was 11-years old, she was engaging in erotic activities in her school for food, drugs, and cigarettes. After giving birth to her son, Wuornos was fired from the school. 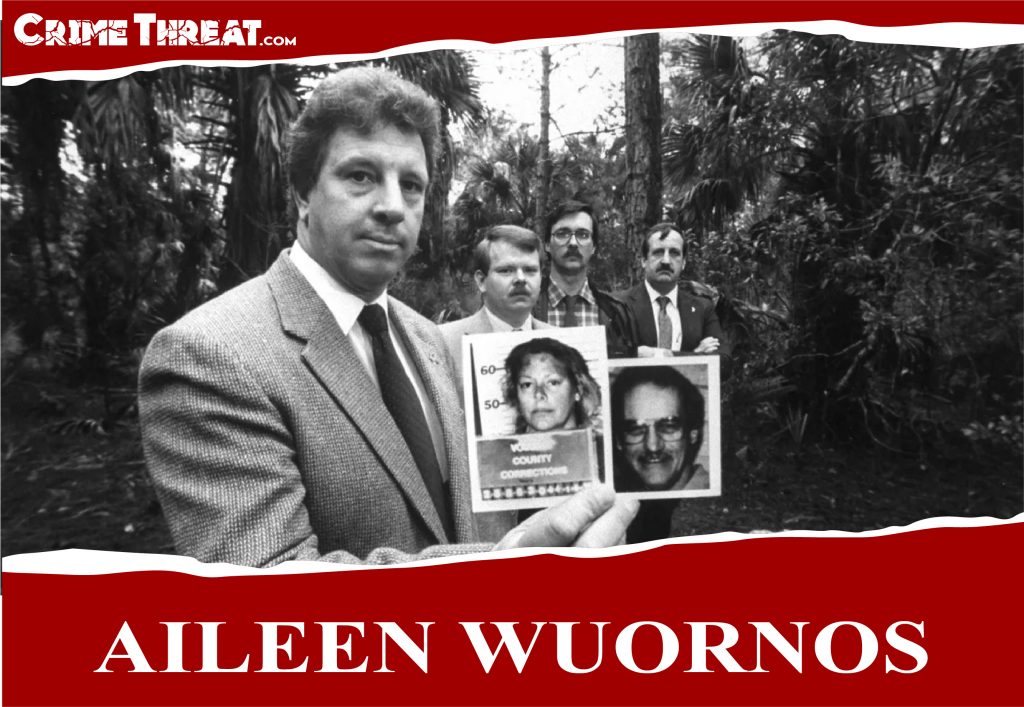 Aileen Wuornos lived a vagabond life during her childhood and started working as a sex worker for her survival. In the year 1970, she was detained for different charges that include disorderly conduct and assault. Wuornos met Lewis Fell in the year 1976, and after months they got married. After a short period of their marriage, they decided to separate. Later on, she was engaged in different crimes. At the age of 24, she met Tyria Moore and they fall in love with each other.

In the year 1989 to 1990, Wuornos killed 7 men because she claimed that these men raped her and that is why she murdered them. In mid-year of 1989, Richard Mallory’s naked body was found in the scrapyard along with 6 more men’s corpses. During this era, she met Tyria Moorir who was a hotel maid. Wuornos always helped Moore and they both lived together. Wuornos was detained by police in a bar which is located in Port Orange, Florida. Whereas Moore was caught by the police in Pennsylvania. They both were involved in the missing of Peter Siems and police got palm prints and fingerprints from Siems’s crashed vehicle.

During the Aileen trial, Wuornos told that she was sexual abuse and raped by Richard Mallory that’s why she murdered him in self-protection. She also told the police that all murders were done by her in self-defence as all these men tried to rape me.

On 27th January 1992, the Florida supreme court found Aileen Wuornos guilty for the murder of Mallory and sentenced her to the death penalty. She was also charged with first-degree murder and received six death sentences for all murders. After spending an era on the demise row, she fired her lawyers. Wuornos’s lawyers tried for her execution. The court claimed that she was involved in these murders and she never ran away from this reality. On 9th October 2002, she was executed by a deadly injection. She was shattered and cremated by a tree, which is located in her birthplace.