Ana Lucrecia Taglioretti was born on the 25th of December, 1995 in Paraguay. She was a prodigy personality and a Paraguayan violinist. Taglioretti performed in different groups that include the National Orchestra and other events for charitable causes. 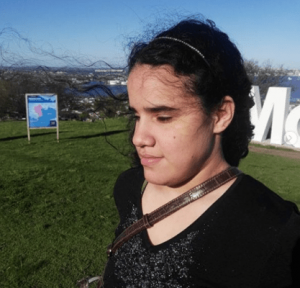 Taglioretti was an underweight and 3 months premature baby. She spent more than 3 months in neonatal intubation. A couple adopted Taglioretti before got discharged from the hospital. She was blind, and because of this, Taglioretti became abandoned, and that is why the reason her 1st adoption didn’t work for a long time. After some time, a music teacher adopted her. Taglioretti never enrolled in school because of her short psychological development. She was taught at home and administering her all exams direct with the Ministry of Education.

She was taking an interest in music, and because of her interest, she starts learning music when she was 5-years-old. At the age of 6 years, Tagliorette joined “The Coro del Sanatorio International de Luque”. At the start, she learned piano, and then she quit and started studying singing. In the year 2005, she continued her singing studies from National Music Conservatory.

After learn singing for conservatory years, she joined a famous group with the name of Sonido Urbano altogether with Rodrigo Espinosa and Jimena Ramirez. They performed in the concert “Harp Twins” in CCPA (Paraguayan American Cultural Center). Amnesty International supported her 1st record which Tagliorette released in the year 2010. It was basically a campaign for human rights. In the year 2011, she got an award for “Young Leader of the Year Award” She also became part of the National Symphonic Orchestra of Paraguay. Because of this, she was invited many times to take part in Global infancia, UN Paraguay, and Paraguay telethons. She performed with famous artists who are Lizza Bogado, Ronaldo Chaparro, and Carlos Vives. Besides these events, she also took part in many musical festivals, internationally and nationally. 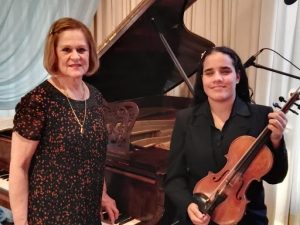 She said in her interview that she loves to play in a group rather than a soloist. On the 23rd of September 2019, she, along with other famous musicians, contributed to a concert only to help low-income families in Paraguayan Chaco by food items, clothes, wildfires, and drought, etc.

Taglioretti spent a tough life as a teenager. Her mother used to beat her hands, and most of the time, she has to spend the whole night while sleeping alone in a garden chair. Ana’s mother locked the door from inside. Her neighbours told this to the police many times as one time she tried to attempt suicide, and one of her neighbours saved her life. In the year 2012, she fled away from her house because of her mother’s bad behaviour with her. She moved to an apartment where she lived alone.

On 9th January 2020, she was found deceased in her apartment. On that day, in the afternoon, her mother came to meet her, she tried to knock the door, but she got no answer from inside the apartment. Tagliorette called to a local locksmith, and when she entered inside, she saw her daughter died. The police came to her apartment and took all the evidence from there and took her body for forensic doctors for the cause of her deceased. Both National Symphonic Orchestra and Paraguay’s National Culture Secretary paid honour to one of the brilliant violinists and giving their sympathies to her family.

In her medical report, it has been cleared that her corpse was found around forty-eight hours after she died. On the 10th of January, the investigation team said in their statement that they didn’t find any fracture or mark on her body, and the cause of her death seems to be natural. Within three weeks of her death, a complete autopsy result came, and they declared her death was natural. As per the statements of people who are very close to Ana Lucrecia Tagliorette and her family, they told that her family had the worst history of heart problems. Hence, it was a cardiac arrest, and she died in her apartment.