Bobby Joe Long was an American serial killer and rapist who kidnapped, sexually assaulted and assassinated ten women in 1984 in Tampa Bay Area (Florida). He was imprisoned for the murders of these 10 Southern California woman and the assassination of Michelle Denise Simms 22. Joe Long raped a 17-year-old young girl Lisa McVey for 26 hours. But she escaped and went to the police and provided all the information related to long to get him tracked. Joe Long was executed on the 23rd of May 2019 by lethal injection.

Bobby Long was born on 14 October 1953 in Kenova, West Virginia. His parents were Louetta and Joe. As a kid, he suffered from many head injuries. His mother had many boyfriends, and he doesn’t like them, and that’s why he had a dysfunctional bonding with her. In 1973, Long married his school girlfriend and had 2 kids. In the year 1980, his wife filed a case in court for a divorce. Bobby Joe accepted that he raped more than fifty women in different areas like Miami, Ocala, Dade County, and Fort Lauderdale. He was famous as ‘Classified Ad Rapist‘. 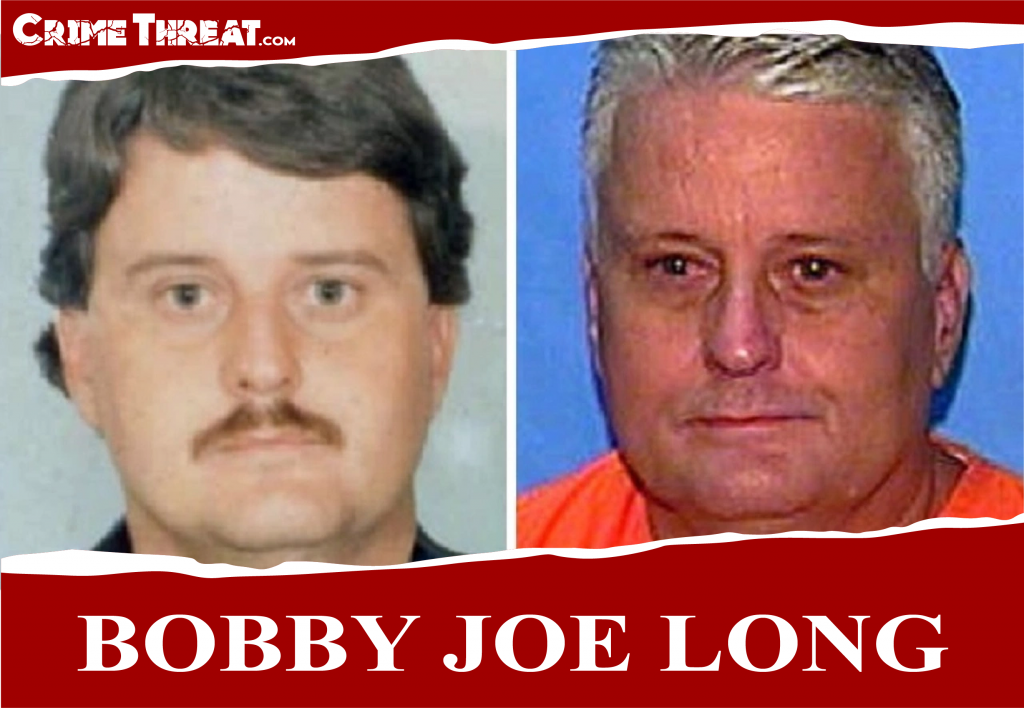 Long answered classified ads and got to know the details about women. After that, he went to their houses and raped them. Bobby lived alone in a rented room in Long Beach, California. During this time duration, he dated a girl who was 17-years-old. He contacted different women via classified ads and Penny Saver. Bobby Joe used to go to their homes, and after confirming that she is alone, he takes permission to use the toilet where he takes out his kit for raping. He violently raped many women and robbed expensive belongings from their houses.

In the year 1983, he shifted to the Tampa Bay area. In the year 1984 (May), he was discovered for his first victim. Hillsborough County Sheriff’s Office called Long to the crime area where they found a Nude body of Long’s victims. The investigation began for the murder, rape, and kidnapping of around ten ladies of different countries. Their bodies were hauled into the forests and dumped nearby rural roadside.

In the year 1984, long was on trial for assault. He used to find his new victims near the bars and different areas where women are doing prostitution. He stopped his car and encouraged them to sit in his car, and then they went to his apartment. With the help of a rope, he roped women and started raping them. And after some days of raping, Long killed them brutally.

He murdered those women by bludgeoning and cutting their throats. Bobby Joe identified 10 women when he was in police custody as two were exotic dancers, 5 were young prostitutes, one was a student, one was working in a factory, and I don’t know anything about the last one.

Before apprehend, police detectives collected evidence, including semen, rope knots, carpet fibres, ligature marks, and clothes. Police arrested Long from outside the movie theatre on 16th November 1984. In his car, Lisa McVey, his victim, told police that Long dragged him and asked her for oral sex. He went to his apartment, where he raped her for 26 hours, but she escaped from his apartment. Because of McVey, Long was identified and finally apprehended by the police.

During his investigation, Long confessed all the murders and rape cases that he did before. In the 1980s, his trial period began where he confessed to killing and raping women. In the year 1985, the court ordered him for the death penalty. 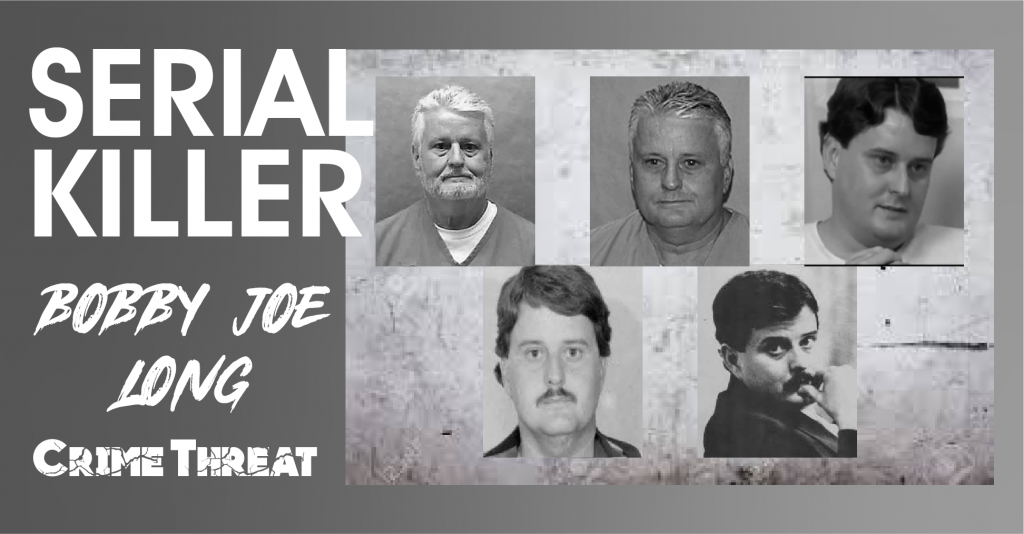 While in jail, his appeals were refused by the court. On the 23rd of May 2019, long was executed through a lethal injection. On that day, long ate his food at 9:30 am, and he requested the jailer for soda, French fries, bacon, and roast beef in his last meal. He was marked dead at around 6:55 pm, and he didn’t say anything in his last statement. 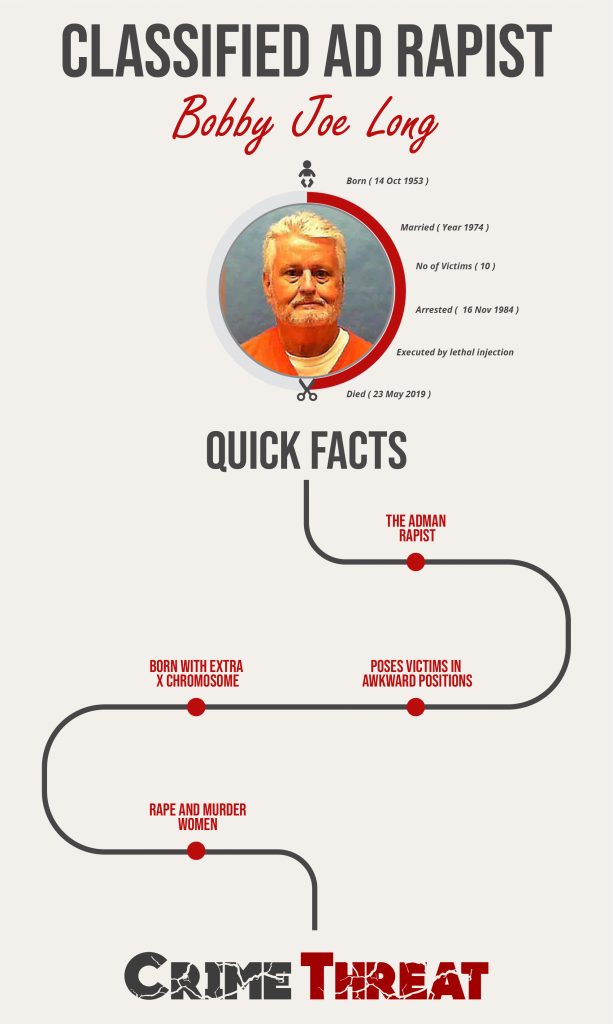