According to the press reports of Boris Berezovsky, it was clear that he died of Suicide. Boris Berezovsky died in March 2013 and after the initial Postpartum report, it was stated by the British police that the reason for Death was the consistent hanging. And it was clearly stated that he killed himself even before the complete investigation.

Boris Berezovsky back in 2013 was a political influence and he was also considered as the one-political power man for the politics in the Russian Government. He was one of the richest people in Russia in 2000 according to Forbes magazine.

However, when Vladimir Putin became the president he went to Britain as a political self imposed exile. It was stated by some people includes Russian media that Mr Berezovsky was one of the biggest enemies of Russia. He was also blamed for the crimes that were increasing in Russia and the case of money laundering and financial fraud were also linked to him.

However, when Boris was exiled from Russia, Britain took him and provided him with political Asylum.

Boris was found dead in his washroom and he died because of hanging himself. After the postmortem report that was released after 2 days of speculation clearly stated that it was due to hanging. Also, there was no particular sign of violence or any struggles that could point the death towards murder. The victim’s wife discovered the body and encountered the marks around the neck that clearly stated strangulation.

It was also stated that the victim was suffering from depression and was financially suffering as well. All the assets of Boris were frozen and in a previous interview with a television channel, he also stated that he had no meaning of life left.

Boris had six children from two wives and it was a tragic time for the family.

According to the British authorities, it was clearly stated that there was no evidence found for forced entry or violent murder. The only thing that was found by the dead body was a scarf and the marks of strangulation on the neck. The evidence combined provided the result that he was not murdered but killed himself.

However, German forensic scientists and professors submitted the report of a murder in front of the court. According to him, Mr Berezovsky did not kill himself and based on the autopsy report and the photographs he was leaning towards the conclusion that Boris Abramovich Berezovsky was murdered and did not kill himself. He also stated that Boris was not capable of taking his life but this report will not be taken ahead because of the lack of compelling evidence. It was stated that the Businessman Boris was dealing with depression and had financial pressure due to which he took his life and was not murdered.

According to most people, the major reason for Boris’s death was the financial setback that he was facing and it was clearly a fall from grace. 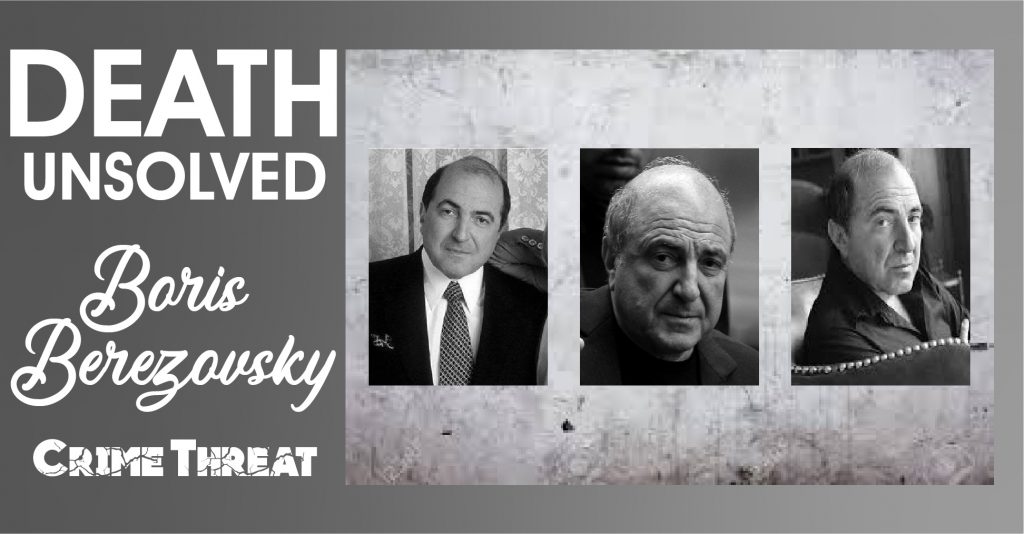