A former tribal leader Cherie Lash Rhoades was living in Cedarville Rancheria. She worked at a tribe’s gas station and a convenience store, so everybody knew her. Even before she became an American female mass shooter, she was a bully in her town. She was known to wear colorful tops and being rude to almost everyone, but no one had ever thought that she would shoot people abruptly. Some also said that she didn’t get along well with her family. 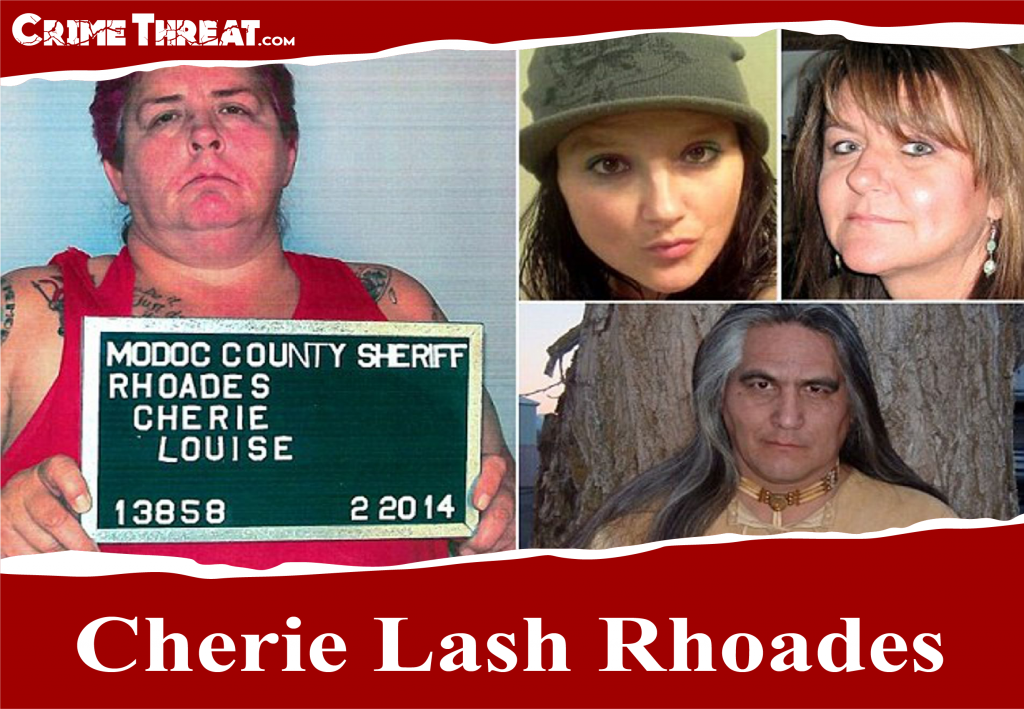 It was reported that Ms. Rhoades was being evicted from her tribal council because she was under investigation for fraud. It is said that eviction from tribal housing is a big deal for American Indians, and she was upset at her family for evicting her. However, as the incident unfolds, Ms. Rhoades opened fire at a tribal headquarters building located in her tribal town Cedarville Rancheria where a meeting was taking place. As the result of an open fire, four people, including her brother, niece, and nephew, were shot and killed. The four victims were later identified as Lash Rhoades brother Rurik Davis, 50, and tribal chairman; Angel Penn, 19. Lash Rhoades’ niece; Glenn Calonico, 30, Lash Rhoades’ nephew; and Sheila Russo, 47.

At the time, she was aiming to kill more people, but she ran out of ammunition. But for one wounded person, she tried to attack him with a butcher knife. Official reports concluded that wounded people could run away and come to the Alturas Police Station covered in blood, and then they sounded the alarm at the station. When police arrived, Cherie Lash-Rhoades was outside the building and running with a knife in her hands. But since she was on the scene, she was caught and subdued.

After the incident, her nephew said that she was upset because of eviction, so she snapped and took this step. According to other sources, the tribal administrator was looking into embezzlement allegations and, so far, didn’t found any definitive motive when she opened fire.

Cherie Lash Rhoades killed four people in a gun and knife attack, so police arrested her. In 2016, she was convicted of 4 first-degree murders and two attempted murder charges by Modoc County District Attorney Jordan Funk. The jury was hell-bent on the death penalty, but Modoc county judge sentenced Lash Rhoades to death 150 years to life for the attempted murder. Furthermore, she will not be eligible for any custody credits, and she was also fined for paying $64,000 in restitution. Lash-Rhoades is being held at Central California Women’s Facility in Chowville, California, awaiting her death, but California has not executed any inmates since 1992.