Harold Shipman, another famous British serial killer who was a medical doctor by profession. Shipman murdered more than 200 patients by injecting lethal doses as painkillers. After being done with all these murders, he was arrested by the police in the year 1998.

Harold Shipman was born on 14 January 1946 and belongs to a middle-class family. Shipman was his mother’s favorite kid. His mother was doing a job so that’s why she admitted him to a daycare where he was isolated from teen kids. After some years, his mom was spotted with lung cancer, and on 21 June 1963, his mother death because of her disease. Shipman was admitted to medical school where he got training for 2 years.

When Harold Frederick Shipman was 19-years of age, he met Primrose Shipman, and both married to each other. He was a father of two kids and he joined the medical clinic as a practitioner. He was addicted to Pethidine painkiller. Serial Killer Harold Shipman forged medicines for a huge quantity of drugs, but later on, he had to leave his practice. One of his colleagues caught him doing practice on his patients. He had to face an inquiry, Harold Shipman’s received a fine by the authority and a verdict for forgery. 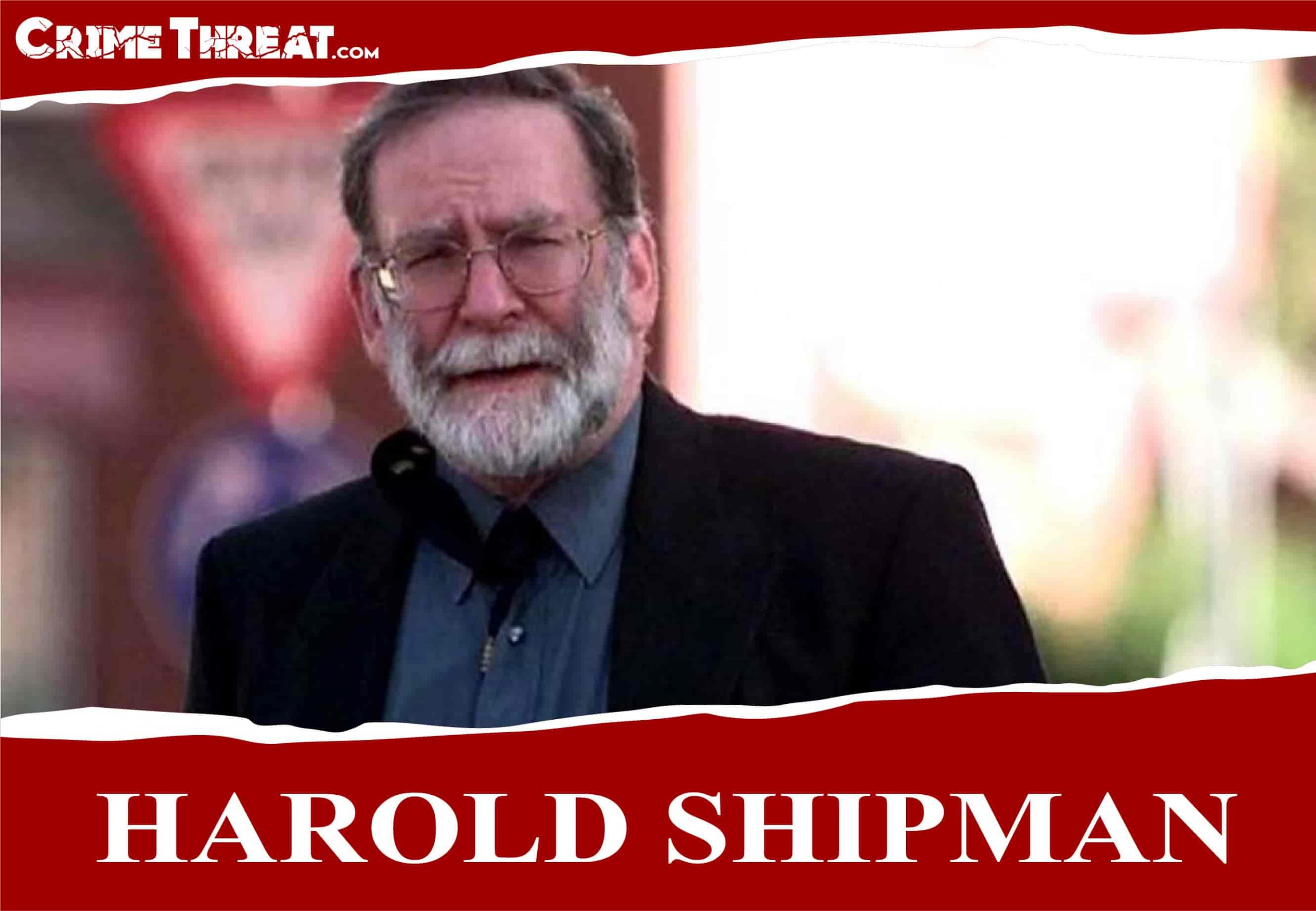 After a few years, he accepted a job at Donneybrook Medical Centre as a doctor. At the start, he gained trust for both staff and patients, and because of this, he stayed in the hospital for almost 2 decades. To know more interesting facts about the Serial killer’s Life and Story you can visit: CrimeThreat.com

One of his local undertakers observed that Dr. Shipman’s patients start dying at a remarkably high rate and showed the same cause of death. The undertaker approached him directly and said you were responsible for all these murders. But he denied this thing. Later on, one of Shipman’s colleagues “Dr. Susan Booth” suspected Shipman of the same thing with the patients and he contacted directly to the police. The covert started the investigation but Shipman was cleaned with all the charges because of insufficient evidence. The inquiry team was unsuccessful to check the criminal records and contact to the medical council. Later on, a new investigation took place but Shipman altered all the patients’ medical reports who died because of lethal injection.

After the investigation was over, Shipman began killing more patients. But his killings come to an end when Angela Woodruff denied accepting the explanations given by Dr Harold Shipman for her mom’s death. Kathleen Grundy was an elderly women and victim who was found deceased at her house on 24 June 1998.

Shipman visited her home before she died. Her daughter Woodruff asked Shipman that we don’t need an autopsy. Grundy’s daughter was a lawyer who handled her mom’s case. She involved the police and told them the given Shipman files was fake which was given by Dr. Harold. She contacted the police and Bernard Postles (Detective Superintendent) came to the hospital and examined the evidence given by Woodruff.

Woodruff mother’s body was uncovered and the post-mortem report revealed that Grundy was died because of morphine overeat. The report also cleared that he died within 3 hours of taking that poison when Dr. Shipman visited her home. The police raided Shipman’s home where they found Yielding medical records, some jewelry, and a typewriter which verified that Grundy’s reports were typed on it. Police took Shipman to their custody for further investigation.

After doing the investigation, police found that Shipman was involved in many murders. Police widespread investigation included several autopsies and exhumations. The police charged Shipman along with fifteen murders on 7 September 1998. Shipman consistently denied that he was not involved in these murders but all the evidence was against him. Harold Shipman is the only most notorious serial killer (British doctor) in the history of medicine who was found guilty of killing his innocent patients.

The court Judge Dame Janet Smith pronounced life imprisonment in jail. On 13 January 2004, Dr. Shipman’s suicide in the jail cell at 6:20 am at Wakefield Prison, on the day before his fifty-eight birthday. The jailer stated that Dr. Shipman was dangled himself from his cell window bars with the help of bedsheets.