Elizabeth Bathory was a powerful and well-off Hungarian noblewoman whose relations include a nephew (Transylvania Prince) and uncle (King of Poland). In the year 1610, Bathory was suspect of gruesome actions of serial murders and confined into Castle Cachtice, where she stayed until she was decease. Elizabeth Bathory was supposed to murder at least 6 hundred young women, and because of this, Bathory’s name was also in Guinness World Record as the most prolific female murderer. She was also famous with the nickname “Blood countess.”

Elizabeth Báthory was born on 7 August 1560 in Nyirbator, Hungary. When Bathory was 11-years-old, she became a well-educated and pretty girl and engaged to “Count Ferenc Nadasdy.” Before her marriage, she gave birth to an illegal child.

When Bathory was 15-years-old, she married Nadasdy on 8 May 1575. Their first baby was born in the year 1585 after 10 years of their marriage. She delivered 5 children as 2 died as babies, but 1 son and 2 daughters survived. Bathory spent most of their time separately with her husband. He was a soldier by his profession. When they both lived together, he tortured her by using different techniques. In the year 1604 (January), her husband died, and she took charge of her husband’s estate.

She was accused of committing several crimes against minor peers and female servants who usually come to Bathory for education and training. Mostly her murders and assaults took place in the year 1604 after her husband died. She covered her mostly victims’ dead bodies with the honey and left outside her own castle for insects to eat. In winter months, she asked women to naked their bodies and forced them to lay on lethal ice baths. She also tortured little girls by cutting their lips or nose, stinging needles on their fingers, etc. Bathory also bites their breast and shoulders and burn their genitals and flesh on fire. She loves to have a sexual relationships, especially with females. So before torturing and kill young servant girls, she forcefully did sex with them. 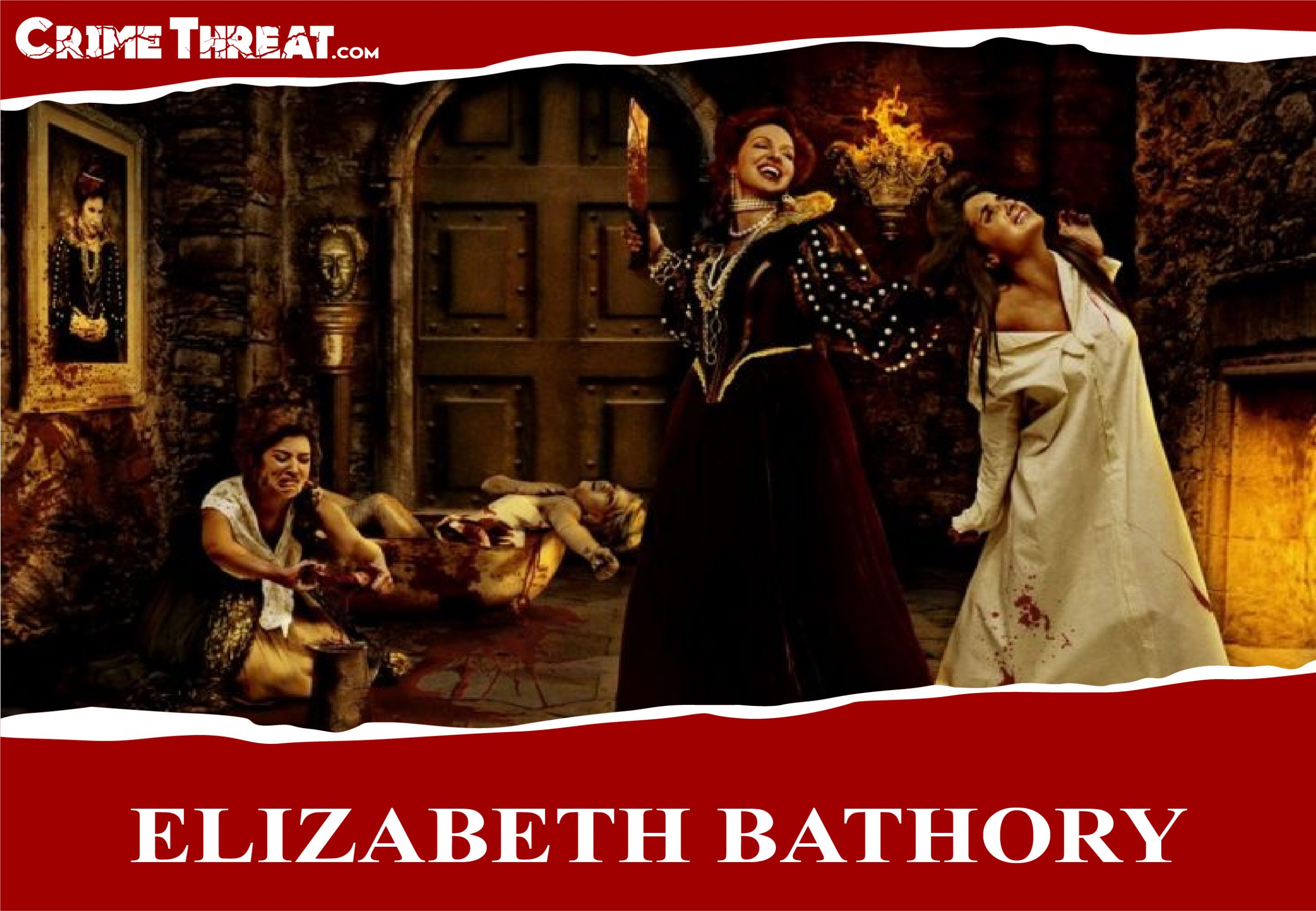 On 29 December 1610, Count Gyorgy Thurzo has supervised all judicial matters as “Lord Palatine Hungary.” He arrived at her castle, Cachtice, for investigating countess suspected crimes against evil women. Thurzo was supposed to see Bathory in the mid of torturing a woman and instantly imprisoned that lady in her castle.

After this incident, Thurzo complained about a file against countess Elizabeth Báthory. The Hungarian troops arrived at her castle and arrested her 4 servants for further investigation. Servants confessed everything to them. In January 1611, the court proceeded with Báthory case. Her servants admitted to burying all victims’ bodies but not involved in murders. They also committed that Bathory killed her governess and maid Darvulia. One male and two female servants were condemned to death for helping Bathory. One spectator indicated that Elizabeth mentioned in her diary to kill 650 victims. Thurzo gathered statements and collect evidence of around 289 against witnesses against Bathory, but the courts rejected everything.

Bathory belongs to a powerful Hungarian family, and because of this, she was not put on any trial. Bathory was self-isolated at her on the castle, where she stayed until her decrease in 1614.

All evidence against Elizabeth Bathory had errors, and her servants were fully tortured by the police when they were on trial. Thus, the court was confused as she was a powerful lady whose nephew Gabor Bathory was the Prince of Transylvania. She was completely innocent, as said by the court. In the year 1602, a minister wrote a memo in which he discussed the brutality exhibited by Elizabeth and her husband relates to their servants. She was only penalized because many victims said she was a cruel woman and tortured lower-class people.

Vicious female serial killer Elizabeth Bathory died at the age of 54-years as she was found dead in her castle on 21 August 1614. Her body was buried in her estate in the crypt. 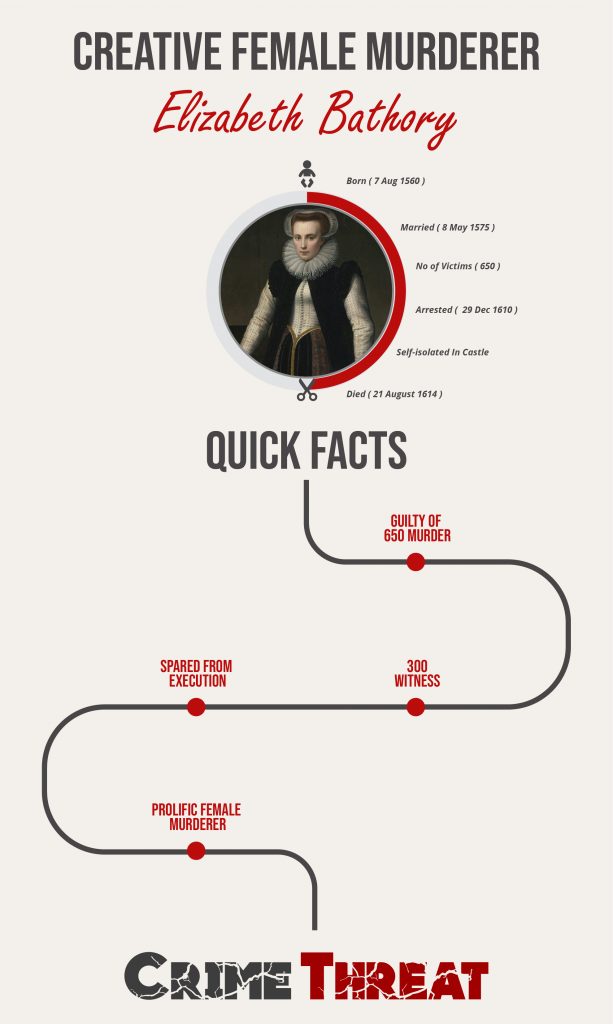 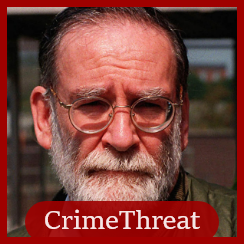