Joseph James DeAngelo Jr is a renowned American serial rapist, serial killer, and burglar who committed 50 rapes, 13 murders, and 120 burglaries all across California between the years 1973-1986. By profession, he was a former California police officer. DeAngelo was also famous as the “Golden State Killer” who threatened his victims and police personnel via written communication and offensive phone calls.

Joseph James DeAngelo was born on 8 November 1945 in New York. DeAngelo has a younger brother and 2 younger sisters. One of his close relatives reported to police that when DeAngelo was a teenager, he saw 2 airmen raped Deangelo’s sister, who was just 7-years-old. This incident took place in a storeroom in West Germany as his family was posted there at that time. DeAngelo’s sisters told police that his father abused them. Prosecutors also said that when DeAngelo was a teenager, he started killing animals and doing burglaries. After completing his studies, he joined the US Navy in the year 1964 (September). 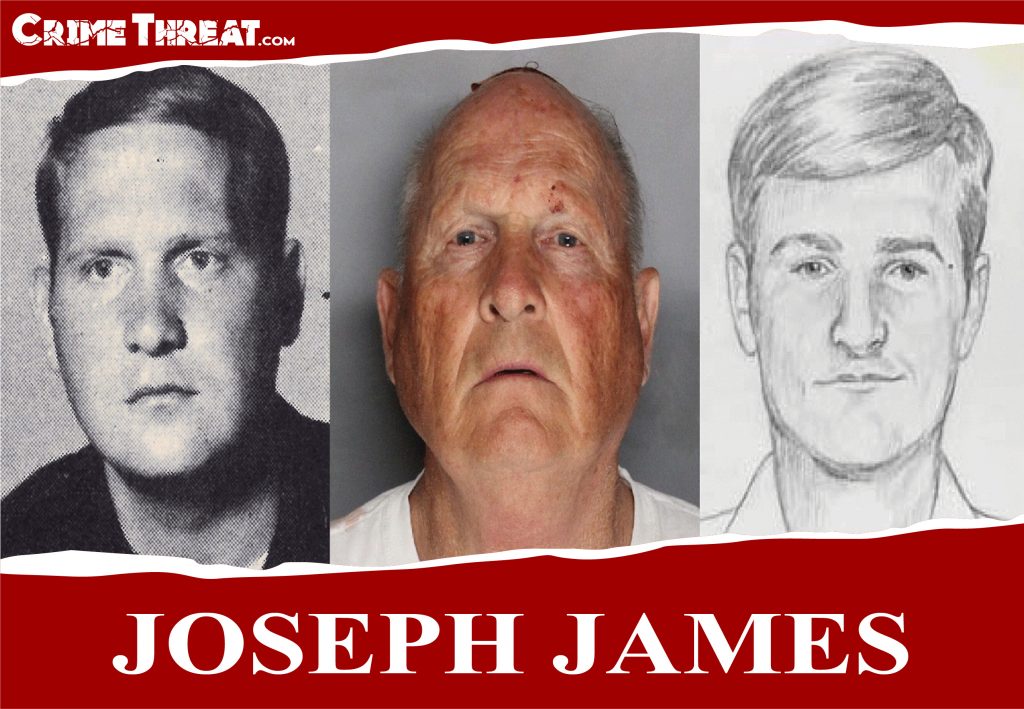 He served for twenty-two months throughout the Vietnam War on destroyer tender USS Piedmont and cruiser USS Canberra as “damage control man.” After doing different post-graduate programs, joseph was selected in the police department. He was imprisoned for 6 months during his police service as he was shoplifting a dog and hammer repellent. He also threatened the Chief of Police to kill him.

In 1970, he became betrothed to a classmate, “Bonnie Jean Colwell,” who later on broke the relationship with him. DeAngelo forced Colwell to marry him, and he also endangered her with his gun. In the year 1973, DeAngelo married Sharon Marie Huddle in November 1973. They bought a home in Citrus Heights and started living with his wife. They both had 3 daughters. After many years of their marriage, his wife filed a divorce case in 2018, and the divorce took place in the year 2019. When he got arrested by the police, DeAngelo was living with his daughter and granddaughter.

DNA evidence and reports linked to DeAngelo proved that he committed 8 murders in Irvine, Dana Point, Ventura, and Goleta. DeAngelo also accepted that he did around fifty rapes in different countries, including Yolo, Santa Clara, Alameda, Contra Costa, Sacramento, San Joaquin, and Stanislaus. He was also connected to several crimes such as prowling, stalking, peeping, vandalism, thefts, and burglaries.

In 1973-1975, he committed 120 burglaries and one murder as his activities include scattering ladies underclothing, owners’ possessions, stealing personal items (cufflinks, earrings, rings) and coins, etc. On 19 March 1974, he stole $50 coins from a piggy bank. All these crimes took place in Visalia, California. In the year 1976, He shifted to Sacramento, where he began more crimes, including rape. He mostly stalked women and girls near parks, schools, alone streets, and trails.

DeAngelo (American Serial Killer) was seen many times surrounding these areas but successfully fled from there. He was shot by a young pursuer when he has sexually assaulted a girl. James also targeted those children and women who were all alone in their houses. He was insane who raped each woman for many hours. His modus operandi was the same for all the victims. He entered their home along with a loaded gun. Tie up all family members with the help of rope and entered the living room along with the lady and raped her for several hours. While spending hours in every house, he drinks beer and eats food available in the kitchen. He also stole expensive items from their houses and ran away from there. 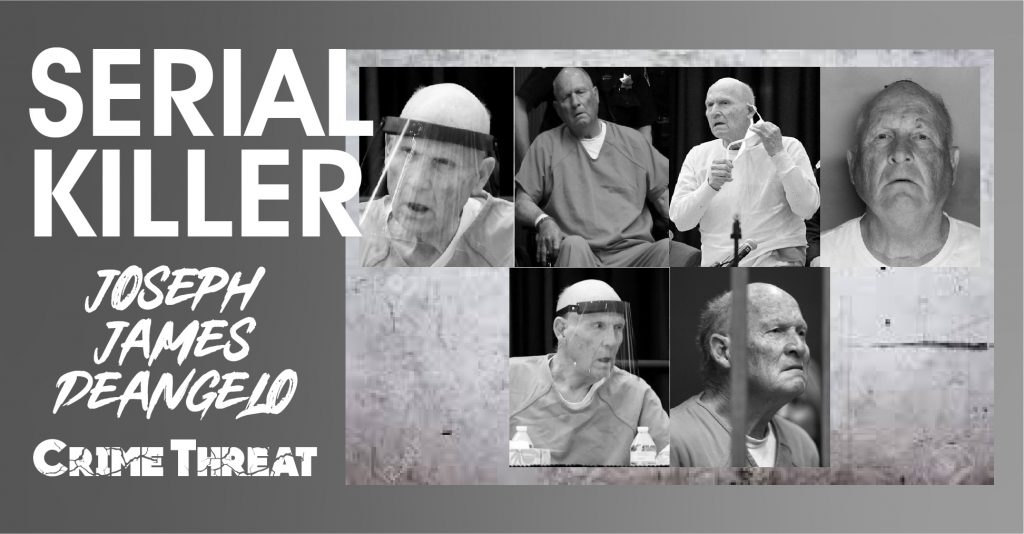 A detailed investigation took place for all these crimes, and on 15 June 2016, the FBI investigated these crimes. FBI checked all the important information related to these crimes that include crime details, sketches, etc. During the investigation procedure, many people were examined by the FBI team, and finally, they got to know that James DeAngelo was involved in these crimes.

24 April 2018, Sacramento County Sheriff’s assistants apprehended DeAngelo and were charged with 8 totals of first-degree assassination with special situations. On 10 May 2018, the Santa Barbara County District Attorney’s office accused him of additional 4 totals of the first-degree assassination. On 18 April, the investigation team collected the DNA sample from DeAngelo’s car door, and another sample was collected from his garbage can. Both samples were matched with the Golden State Killer Joseph criminalities. In his trial, he confessed all the murders which he committed in the past. DeAngelo was accused of 13 murders and 13 kidnappings. On 29 June, Deangelo pleaded guilty for all these 13 murders, and on 21 August 2020, he received several sequential death penalties without any probability of parole. Joseph James DeAngelo stated his apology in which he said that I am very sorry for all I have done in the past. 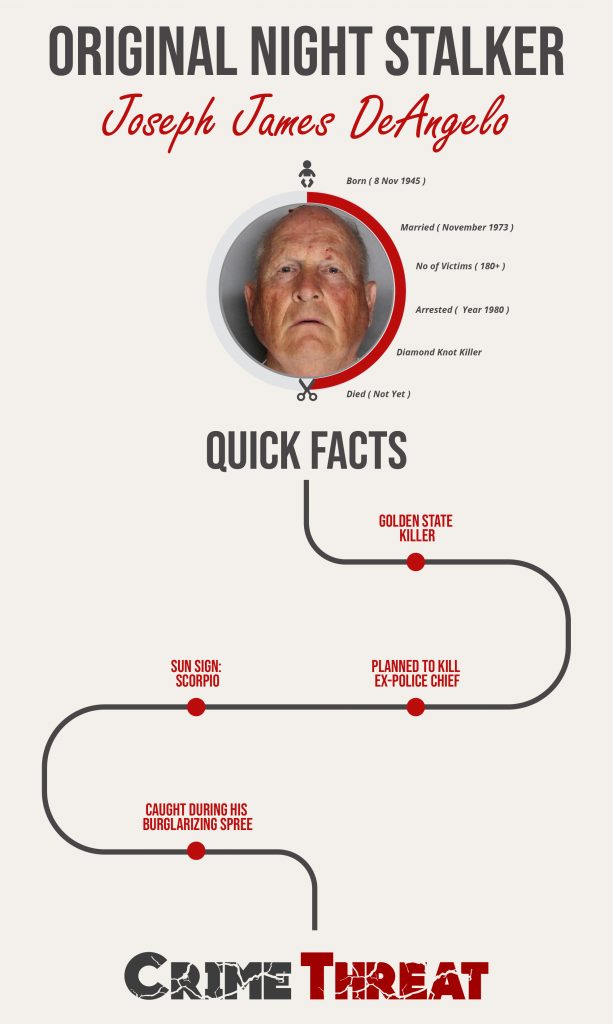