A story of Lakeville Indiana Murders

Prom night, an important day in the life of teenagers who make plans for the whole year about how they will celebrate it. From hiring limos to hiring helicopters, from asking celebrates for dates, there is no limit to what teenagers do for making their prom night remarkable. But how far a teenager would go just for a dance on prom night? Jeff Pelley, a young 17 years boy, was willing to murder his family in 1989 for making his prom night perfect.

Since 2009, Pelley was not given a chance to present the evidence he have with him on his behalf. He is hoping to appear for a new murder trial on the LaVille High School prom night of 1989. It was

Mark Senter, Indiana State Police Detective, stated that it was almost after more than 30 years when he visited Pelley family home in 1989. He shared that no one should get a chance to see what they saw that morning. Four bodies were discovered by Parishioners that morning when Bob Pelley and Pelley children did not show up in the morning for services.

Three Pelley family children were not present at the house on that night of 1989. Nine years old Jessica Pelley was staying at her friend’s house nearby. Jacque Pelley was not in town at that time whereas 17 years old Jeff Pelley was attending LaVille High School senior prom and later he was with his friends at Great America, as a part of the after-event that Sunday.

Investigation of the Murder

During the investigation of the Pelley house, several suspicious clues were found. The doors of the house were locked and curtains of all the rooms were also closed. The neighbours of the small Lakeville town were of the view that it is unusual. A shotgun that was previously displayed in the gun rack was also missing from its place. The body of Bob Pelley was lying in the hallway indicated that whoever came to kill him from the bedroom that cannot be accessed from outside of the house. 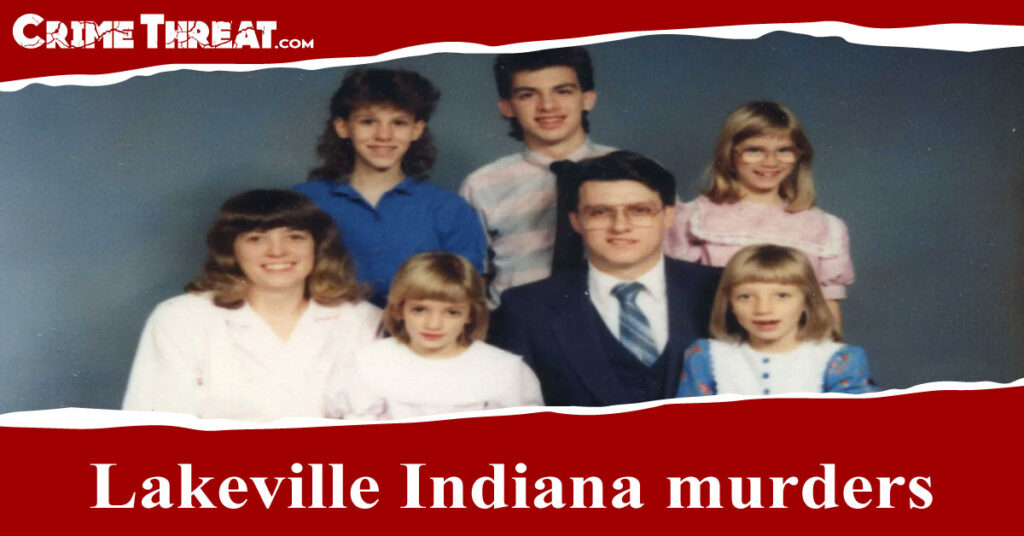 The investigators were of the view that it does seems like burglary or home invasion. Senter, the detective, immediately started to look out for suspects. One of the suspects that the detectives started to look into was Jeff Pelley. A few weeks before the prom night murders, Jeff was caught stealing CDs and money from a nearby shop and Senter worked on that investigation as well. Therefore, he was familiar with Jeff Pelley. Senter stated that after this case was disclosed, Bob Pelley grounded Jeff and he could not go to the prom night without his father taking him and may not be able to attend the event after the party. It will make Jeff embarrassed that his father is driving him to prom and maybe he killed his father so then he can go to prom without any hindrance or embarrassment.

As there was no forensic evidence available, no murder weapon or eyewitness was found. All the evidence found were circumstantial and as per timeline. Therefore, prosecutors declined to press any charges against Jeff for killing his family.

As no prosecution was held against Jeff, he got married eventually and had a son. He built his career and worked as an IT consultant in Florida. However, a new prosecutor took over the case in 2002. He decided to charge Jeff Pelley for four counts of murder homicides without any new evidence. Jeff Pelley was arrested by authorities from Los Angeles International Airport while he was coming back home from a business trip.

An Assistant District Attorney, Frank Schaffer, shared that the primary motive of Pelley behind the case was his anger over not being able to attend the prom night.

Schaffer stated in 2006, during Pelley’s trial, that Jeff had an argument with his father over the prom and he shot him. In order to get rid of the witnesses, he kill everyone else at home within the next 30 minutes.

The district Attorney also highlighted that numerous witnesses visited Pelley’s house before prom to pose for pictures and to show off their dresses. The individuals who were going to the prom party, visited their house to show their prom dresses to Bob until 5 o’clock. Jeff friends shared that they visited his house, he was wearing a pink shirt with blue jeans.

Whereas no visitor got access to the house after 5 as the door was locked and by 5:20 PM Jeff’s car was also not parked in the driveway. Around 5:20 PM, Jeff’s car was seen at a local gas station where he got help for fixing his car. Afterwards, Jeff Pelley went to his girlfriend’s house for changing his tuxedo and go to a prom party. This is clear that the whole incident occurred between 5 to 5:20 PM.

Meanwhile, around 5:30 PM, a friend of Bob and his wife Dawn Pelley showed up at their house for attending a pre-planned gathering but the couple did not show up. The friend shared that all cars were in the driveway all curtains were shut and doors were locked.

During the investigation, no blood was found on the entry of the house. However, the initial investigation reports indicated that a load of clothes were found with blue pants and a pink shirt.

Alan Baum, defence attorney of Pelley, disputed the allegations against Jeff that he killed his family and then attended prom in a way that nothing had happened. The people who were with Jeff during the prom night shared that he was happy and was having a good time that night. Contrary to it, if he has murdered his family he might not be having fun as a kid.

During 2006 summers, Pelley was found guilty of murdering his family members including Dawn, Bob, Jolene and Dawn’s daughter Janel Pelley. Jeff was sentenced to 160 years in prison.

However, even more than three decades the case of Jeff Pelley is still in the courts. Jeff Pelley is represented by the Indiana University McKinney Wrongful Conviction Clinic and a post-conviction relief motion is filed.