It’s always fascinating to read or hear the final words of serial killers. Some of them think of a pun and some confess and offer apologies for their horrifying crimes.

No list of serial killers is complete if it doesn’t include Ted Bundy. His full name was Theodore Robert Bundy and he was one of the most prolific serial killers who raped and murdered so many young women.

Ted Bundy was executed in Florida’s electric chair after he confessed to 30 murders. The following are the last words of this American serial killer.

“I would like you to give my love to my family and friends”.

Albert Fish was a cannibal and child rapist and he was known as the Moon Maniac, Brooklyn Vampire, Gray Man, and The BoogeyMan. He was an American serial killer and his horrifying creepy last words are as followed:

H.H Homes is yet another American serial killer who was convicted of 27 murders. There are reports that suggest that Henry Howard Holmes killed more than 200 people. He built a Murder Castle where he used to bring people by manipulating them and then use all sorts of sadistic ways to kill them. Here are his last words.

Take Your Time. Don’t Bungle it.

Jeffrey Dahmer is one of the most notorious serial killers of all time. His full name was Jeffrey Lionel Dahmer and he is known as the Milwaukee Monster and Milwaukee Cannibal. This serial killer was also a sex offender who killed and dismembered 17 men. Christopher Scarver was the fellow inmate and he beat Jeffrey Dahmer to death.

John Wayne Gacy, the Killer Clown, was an American serial killer. He raped and killed 33 boys and young men and this was the biggest number charged to a single person in United States history.

He used to perform at charity events and parties to lure young boys in order to rape and kill them. John Wayne Gacy was executed by lethal injection in 1994 and he said the following as his last words.

James French was the very last person who was executed under the death penalty law of Oklahoma. He killed a motorist in 1958 and was punished with a life sentence.

He requested the jury to announce a death sentence but it didn’t happen. So, he killed his inmate to get the death sentence and he wanted to die in the electric chair.

“Hey, fellas! How about this for a headline for tomorrow’s paper? ‘French Fries.”

Donald Henry Gaskins is one of the most notorious serial killers in the history of America. He killed about 100 people between the 1950s – 1980s and most of his victims were hitchhikers. He was executed for his crimes in 1991.

William Bonin was an American Serial Killer convicted of killing 14 boys and young men between 1979 – 1980. However, experts suggest that he killed many more people than that.

He was known as the Freeway killer because he used to dump the bodies of his victims along Southern California roadsides. He remained on death row for 14 long years and then at San Quentin State Prison, he was executed by lethal injection.

“I would suggest that when a person has a thought of doing anything serious against the law, that before they did that they should go to a quiet place and think about it seriously.”

Carl Panzram was no less than a monster who admitted to the burning of his boyhood boarding school, accessory to murder, attempted murder, assault, theft, and vandalism.

He also escaped from jail multiple times and then committed three murders. He said the following last words just before he was executed.

“Hurry it up” and “I could kill a dozen men while you’re screwing around.”

Rosendo Rodrigues III murdered a 16-year-old girl and dumped her body in a landfill. The police couldn’t capture this monster and then he did the same with 29 years old women this serial killer was also linked to a bunch of sexual assaults.

On March 27, 2018, he said the following last words before being executed by lethal injection.

“I have fought a good fight.”

Aileen Wuornos is probably the most infamous female serial killer in America. She killed seven men and she claimed that she did that in self-defense. She was a sex worker and all of her victims were her clients. She said the following words on October 9, 2002, just before she was executed by lethal injection.

“I’d just like to say I’m sailing with the rock, and I’ll be back like Independence Day, with Jesus, June 6th. Like the movie, big mother ship and all. I’ll be back.”

A peaceful rally held for the rights of workers in 1886 turned into something deadly and horrific. Police tried to break up the crowd and then suddenly a man named threw a bomb and killed four protestors and seven police officers.

Later police figured it out that George Engel was the mastermind behind that incident and his final statement was:

“Hurrah for anarchy! This is the happiest moment of my life.”

John Avalos Alba was one of the meanest men in history as he assaulted the best friend of his niece. He was jailed and he asked his wife to bail him but she refused. Later John Avalos Alba killed her in 1991 and in 2010 he was executed by lethal injection.

“I can taste it already; I’m starting to go.”

“Somebody needs to kill my trial attorney.”

Robert Alton Harris along with his brother lured two young boys and took them to a remote location from a restaurant in 1978. Then the Harris brother killed those two boys and stole their car to perform a bank robbery. They were caught and sentenced to death. Robert Alton Harris said the following last words.

“You can be a king or a street sweeper, but everyone dances with the Grim Reaper.”

Peter Kurten was a German serial killer and he is also known as the Vampire of Dusseldorf. He tried to kill 30 people and 9 out of them actually died. He had several mental illnesses and perverted sexual fetishes. His horrifying last words describe his mental state.

“Will I still be able to hear the sound of my own blood gushing, when my head has been chopped off, at least for a second? It’d be the best of the pleasure to end it all.”

Angel Maturino Resendiz wreaked havoc in the entire United States. He was known as the Railway killer, the Railcar Killer, and the Railroad Killer. That’s because he always used to commit crimes near railroads. He used to travel by train from one place to another to kill people. He murdered 23 individuals and his last words suggest that he was satisfied with his death sentence.

“I deserve what I am getting.”

Robert Charles Comer was executed back in 2007 but his story explains that he wanted to die way earlier than that. He used to say that he must die because he owes it to all his victims.

He killed Larry Pritchard and assaulted one other woman one night. He used to say that he deserves to die and that’s what his final words explain.

“I killed Larry Pritchard and I deserve to die, I owe that to him and the women I assaulted, Go Raiders.”

Kimberly McCarthy killed a 71 years old woman after getting into her home and stabbing her. Reports say that she also killed two other elderly women. On June 26, 2013, Kimberly McCarthy was executed by lethal injection for the crimes she committed and the following are her last words.

“This is not a loss; this is a win. You know where I am going. I am going home to be with Jesus. Keep the faith. I love y’all. Thank you, chaplain.”

Every renowned prisoner on death row tends to raise a morbid amount of interest in their last supper. One simple plea was enough for Thomas Grasso, who killed two elderly people in Oklahoma and New York before being hanged on March 20, 1995.

His modest plea paved the path for one of the most remarkable final words of any death row inmate. Grasso had supposedly requested SpaghettiOs for his final supper. However, something went wrong and his last words were:

“I did not get my SpaghettiOs, I got spaghetti. I want the press to know this.”

Most people who spend their final days on death row receive the opportunity to say their final words. However, not many of these serial killers have their final words used to generate a renowned company slogan. But Gary Gilmore, who killed a person in Utah, did it.

Gilmore rose to prominence after becoming the first person executed in the United States in over a decade in 1977. He was questioned for his final comments as he prepared to be executed by firing squad.

“Let’s do it, Dominus vobiscum (The Lord be with you).”

Later the last words of Gary Gilmore inspired the “Just do it” slogan of Nike.

Clarence Ray Allen had already been sentenced to death in 1974 for killing Mary Sue Kitts, but he sealed his fate by organizing the killings of three other persons in an attempt to assassinate witnesses who testified against him.

At the time of his execution in 2005, Allen was the second-oldest person on death row in the United States. But, despite the fact that it should have been a dreadful day for anyone, Allen didn’t seem to be having a bad day. He composed his final words, which were read aloud and were repeated again and again after his death.

“My last words will be, Hoka Hey, it’s a good day to die. Thank you very much, I love you all. Goodbye.”

Ned Kelly was a convicted police killer, gang leader, outlaw, and bushranger from Australia. He is well known for donning a bulletproof armor suit during his final gunfight with the police, making him one of the very last bushrangers and by far the most renowned. His last words were:

Fritz Haarmann was a German serial killer. He is also known as the Wolf Man, the Vampire of Hanover, and the Butcher of Hanover. He sexually assaulted, killed, dismembered, and mutilated more than 24 young men and boys between 1918 – 1924 in Hanover Germany. He was arrested and said the following words before he was executed in 1925.

Reading the last words of someone whose death is imminent provides you a surprising glimpse into their lives, thought processes, relationships, regrets, and concerns. As you can see not all of the final statements of convicted serial killers are meaningful but it explains their personality. 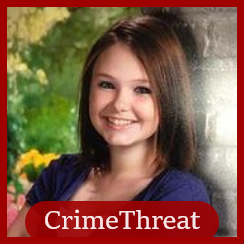