Lee Bradley Beaten To Death By Dubai Police In Custody

Lee Bradley Brown, a 39-years-old British tourist, died in police custody in Dubai on 12 April 2011. He was taken into police custody for verbally attacking a Nepalese hotel worker. The cause of his death is still under dispute as he was not having any bruises or injuries at the time of his death.

He was born on 18 June 1971 in East London. His early schooling was carried out in Godwin Junior School and later in Rokeby Secondary School. His family shifted to Devon where Brown got admission to Kingsteignton Secondary School. During his last years, he was living in Ilford, Essex.

In April 2011, Iee Bradley Brown went to Dubai for vacation and stayed at a luxury hotel Burj Al Arab. As per the statement of the hotel worker, a Nepalese maid entered his hotel room unexpectedly and she was not wearing a uniform. According to her police statement, she assumed the room was vacant and required cleaning. Brown thought the Nepalese woman was a thief, so he started abusing her and tried to throw her from the balcony. The hotel security called the police and ambulance as the hotel housekeeper was having minor injuries.

According to the hotel staff who prevented Brown from throwing the victim out of his balcony, Brown was violently resisting them when they tried to stop them. The Dubai Chief of Police Lt. General Dahi Khalfan Tamim stated that Brown opposed the arrest and banged his head on the hotel’s wall. Police officers declared that Brown beat his head against the metal mesh barricade in the police car.

According to a fellow European prisoner who was sharing a cell with Lee Bradley, his condition was horrible, but he never saw him being beaten. Also, the fellow prisoner saw bruises on his arms, face, and shoulder. The prisoner observed that Iee Bradley was not eating anything and requested the police for assistance. He was also having to vomit a day before death but he didn’t seek medical aid. He died on 12 April 2011 in police custody.

An initial post mortem report was carried out 1 week after Lee Bradley Brown’s death. As per this report, suffocation was the cause of his death as vomiting liquids outflow into the respiratory tract. Also, hashish was detected in his system through examination of his urine and blood.

Another forensic examination was also performed by British officials 1 week later and found no proof of vomiting in Brown’s airways. Dr Benjamin Swift also carried out a post mortem examination in 2012 at the request of Brown’s family. Dr Swift was the consultant pathologist and he declared that cannabis has not caused the death of Brown. Furthermore, the discounted severe stress as a likely cause of Brown’s death.

An official investigation was carried out in East London at Walthamstow Coroner’s Court, which was attended by Brown’s brother, mother, and sister-in-law. No witness was called for this proceeding and the post mortem report was the only available evidence. Furthermore, CCTV footage was not disclosed by the Dubai administrations. The coroner concluded that sufficient evidence was not present to confirm either a natural or unlawful cause of death.

Other news of Lee Bradley Brown

“Dubai authorities said Lee never complain or seek for medical treatment when he was vomiting in his cell.”

“I saw Lee Bradley was bleeding and had bruises on his face and he was asking for help.”

“He was half-naked with both his hands and legs in cuffs. He wore nothing on top and his pant hanged below his waist.” 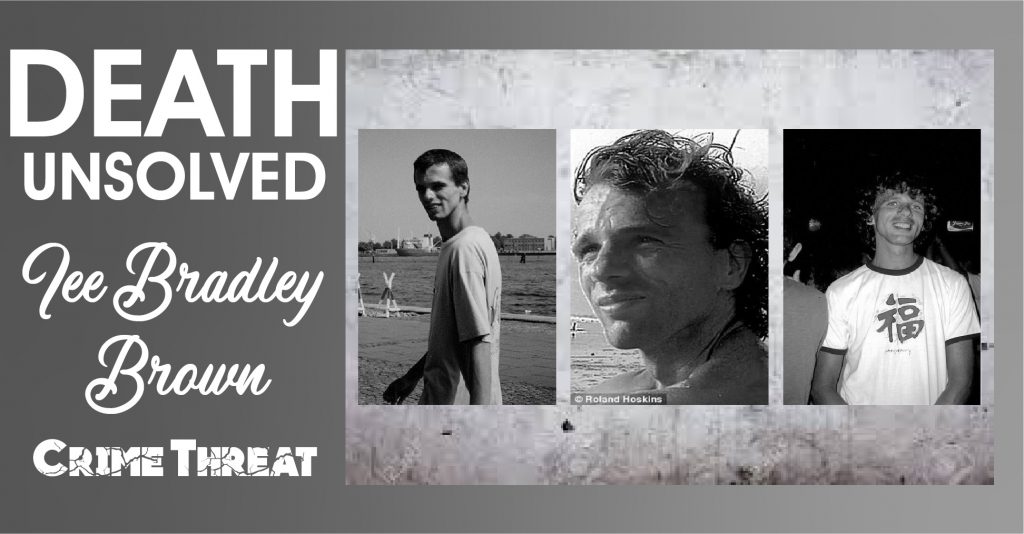