Lisa Montgomery is an American woman who was born on 27 February 1968 in Melvern, Kansas. She was sentenced to death for the murder of Bobbie Jo Stinnett (23-years-old pregnant woman) on 4 April 2008. Lisa killed Bobbie on 16 December 2004 and also cut her belly, and kidnapped the unborn baby.

Lisa Montgomery belonged to a chaotic family. Her mother’s second husband constantly raped her for several years. She started drinking alcohol to get her out of this stressful situation. Montgomery’s mother found that she is physical abuse by her stepfather when she was 14, but she threatened her with a pistol. Lisa got married at the age of 18, but her marriage didn’t work due to sexual abuse. Lisa has undergone a tubal ligation procedure after having 4 kids. Though after that procedure, she claimed her pregnancy many times to her 1st and 2nd spouses. 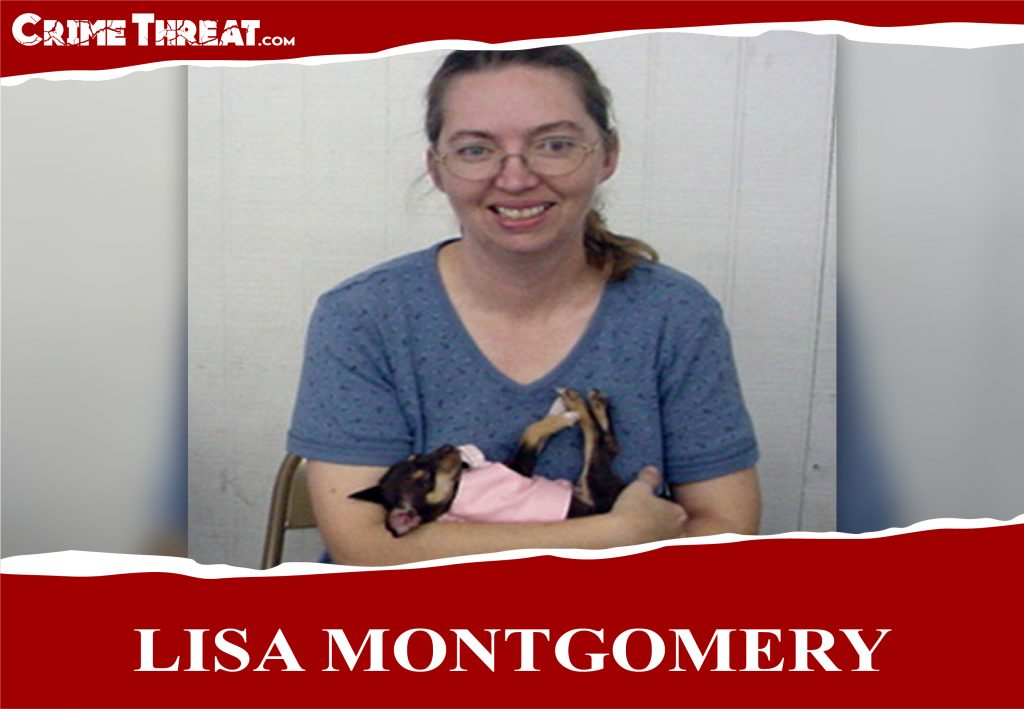 Bobbie and Lisa met online through a Ratter Chatter chat room. Montgomery told Stinnett that she is also pregnant, and both started sharing emails related to their pregnancies. They scheduled a meeting at Bobbie’s house to buy a rat terrier on 16 December 2004. On that day, Montgomery strangled Stinnett with a neon rope and cut the unborn baby from her belly. Bobbie was 8 months pregnant at that time, so the infant was premature. Police tracked Montgomery on the very next day from her farmhouse by the police. The police also safely recovered the infant and gave it to her father.

Lisa’s crime was settled under the Federal Kidnapping Act as she tried to kidnap the baby that resulted in the mother’s death. Violation of the said Act may result in life imprisonment or capital punishment. During the trial, the defense attorney claimed that Montgomery suffered from bipolar disorder, a mental illness in which the patient falsify her pregnancy. The defense attorney put forward the child abuse and sexual abuse of Lisa to the reason for pseudocyesis delusion.

Park Dietz was the forensic psychiatrist of Lisa Montgomery. He testified that Lisa didn’t incur pseudocyesis. Federal court found Montgomery guilty for murder on 22, October 2007 and the jury proposed a death penalty on 26 October 2007. On 4 April 2008, the judge validated the Federal death recommendation by the jury.