Peter Kürten is a renowned serial killer of Germany famous as “Dusseldorf Monster” and “The Vampire Of Düsseldorf” Kurten committed all crimes that include various sexual assaults and murders of innocent people between February and November. All these crimes took place in the year 1929 in Dusseldorf city. He had a total illegal record for offences that include attempted murder and arson. In the year 1913, Kürten admitted the murders of two girls in Mulheim am Rhein. One was 17-years-old, and the other one was 9-years-old. In July 1931, Kurten was executed in jail for killing 9 victims and 7 attempts to murders. He was 48-years-old at the time of execution.

Peter Kürten was born on 26 May 1883 to an abusive and poverty-stricken family. He was on the 3rd number of his total siblings. His parents were alcoholics, and Kurten’s dad frequently beat his kids and wife when he was drunk. His father asked his mother to naked her body every night, and his father did sex with her, and all his children watched everything. Kurten’s father also spent 15 months in jail for committing sexual violence with his daughter. She was just 13-years-old. After this incident, his mother left his father and married someone else, and moved to Dusseldorf. 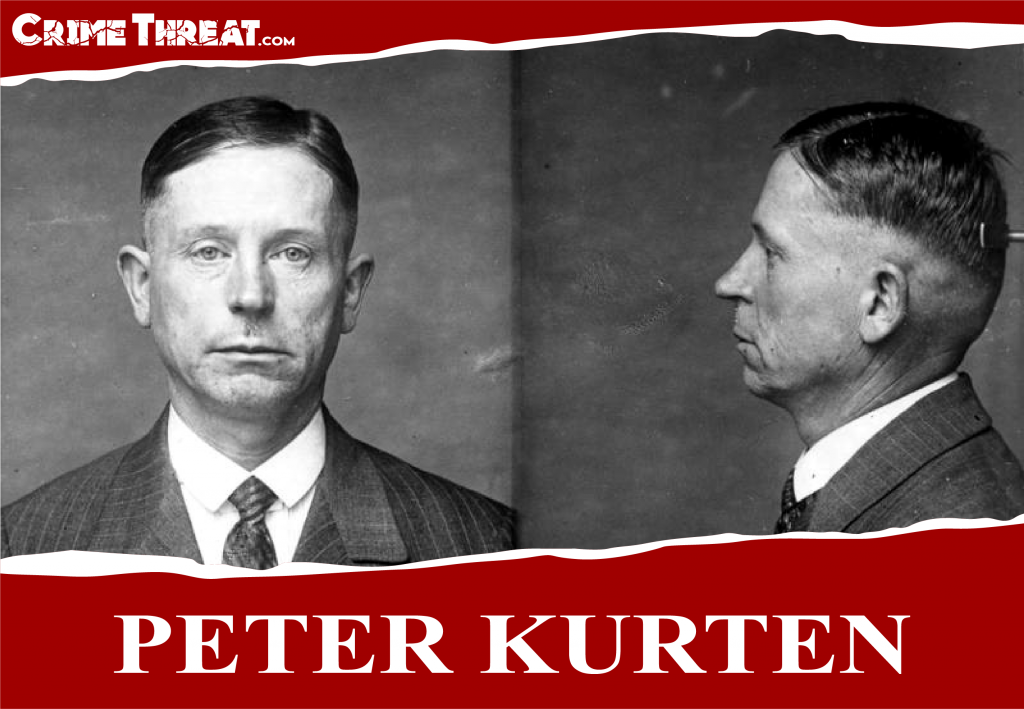 At the age of 9, Kurten started the practice to do sex with the dogs. This thing was introduced by a person who lived in the same building where he lived. Moreover, Kürten claimed that he drowned his two school friends. He held both of them underwater until they had smothered. Nobody paid attention to these incidents and dismissed these cases as terrible childhood accidents.

He started petty crime like sex with goats, sheep, and other animals as he got relaxed after doing sex. Kurten stabbed these farm animals during intercourse. When he was 16-years-old, he fled away from his house. Kurten’s sex needs increases, and he started doing sex with young woman as well.

Throughout his release from prison for doing such crimes, he was guilty of several sexual assaults. He murdered Christine Klein, who was 10-years-old and before the killing, he sexually assaulted the young girl and stabbed Klein brutally that. Later on, the German army called up for his services for World War I, but he didn’t like the military discipline, and finally, he was abandoned from his camps. When captured, he was put behind the jail until the year 1921.

When Kurten was released from jail, he shifted to Altenburg. He met a former prostitute and got married. Her wife spent a few years in prison for killing her fiancé. After his marriage, Kurten started working as a moulder. But he quit this profession and start going pretty crimes that include sexual attacks, theft, etc. Maria Kuhn, Kurten’s unlucky victim, survived after assaulting by Kurten. Another victim Rosa Ohliger, a 9-years-old kid, was stabbed by Kurten. Kurten dumped her corpse under a hedgerow and burned the body for destroying the evidence. 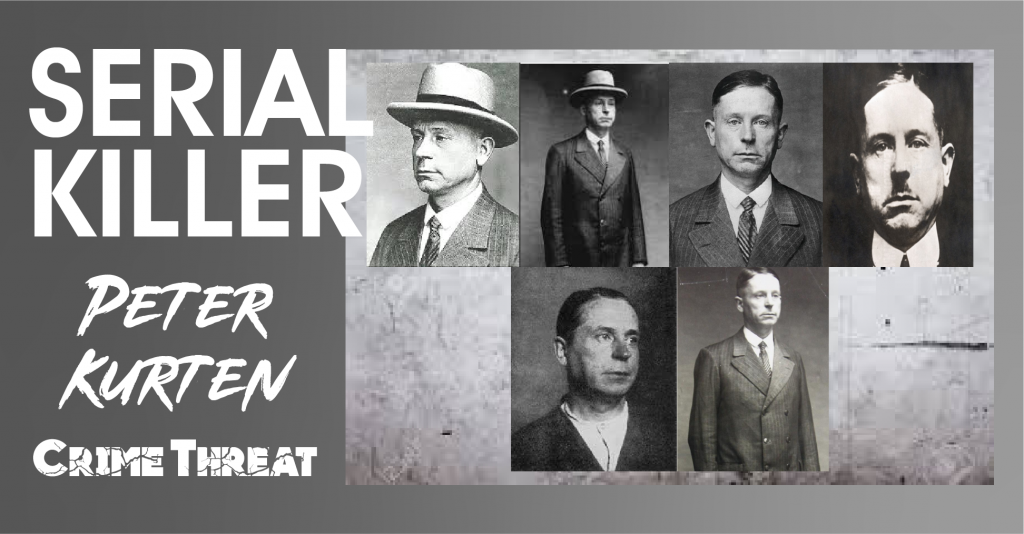 Serial killer Peter Kurten was caught in a rape case of Budlick but was free from the case. But the police started an investigation against him and got to know about his crime. After getting arrested by the police, he confessed his few crimes. On 13 April 1931, his trial confirmed the charge of Seven attempted murders and 9 murders. Kurten was found guilty of all his crimes, and the court sentenced him to jail for nine death sentences. Kurten was executed on 2nd July 1932 by guillotine in Cologne, Germany. 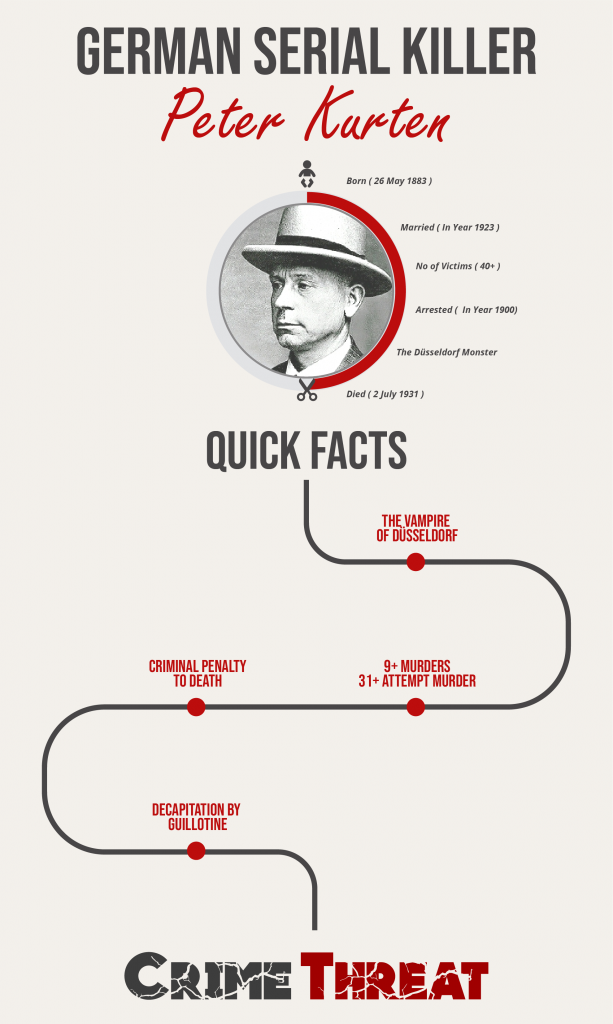