The Disturbing Life And Chilling Crimes Of Richard Ramirez

Richard Ramirez is a renowned American Serial Rapist, serial killer, and burglar born in Texas on the 29th of February 1960. He was born in El Paso, Texas. His full name was Ricardo Leyva Muñoz Ramirez, but he was famous with the name of “Night Stalker.” He killed fourteen people and tortured many innocent people. Most crimes took place in victims’ homes. He committed his most crimes in the era of 1985 during the summer and spring seasons. During his childhood, he was a troubled teen, so his parents worried about him. His cousin Mike introduced drugs first time to Ramirez, and as a result, he started committing crimes. Later on, he became the worshiper of Satan. Over time, he became isolated from his parents because of his revolt behavior. 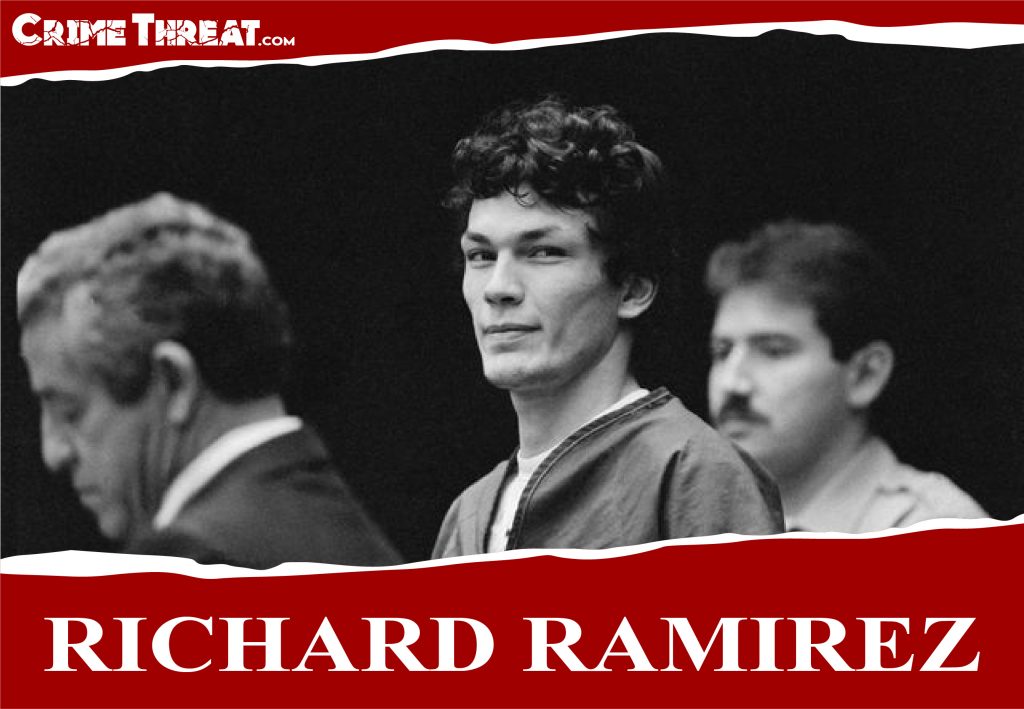 When Ramirez was in 9th grade, he was dropped from school because of his criminal activities. The first time in 1977, he started different petty crimes. In Los Angeles, Ramirez was detained twice for theft in the years 1981 and 1984. His first crime took place when he was involved with his cousin Mike’s wife’s murder. He was on the crime spot and didn’t stop his cousin from murdering his wife.  In the year 1982, he was arrested for possession of marijuana. After these crimes, he planned to move to California, where he started committing crimes like burglary, rape, a charge of a stolen car, and cocaine possession, for which he had to spend the most time in prison.

On the 28th of June 1984, he committed his first brutal murder. He stabbed repeatedly, sexually assaulted, and murdered a seventy-nine-year-old widow. In the same year, Ramirez’s walk-in killer had killed dozens of people and tortured dozen more than twenty-five people. In 1989, when he was 29-years-old, he was punished with a death sentence for the conviction of eleven sexual assaults, five attempted murders, fourteen burglaries, and thirteen murders.

During his trial period, his fans wrote him letters and visited him as well. At the start of 1985, one of his fans, Doreen Lioy, wrote more than seventy-five letters throughout his imprisonment. In 1988, Ramirez proposed to Lioy, and finally, they got married on the 3rd of October 1996 at California’s San Quentin Prison. But after many years of his married life, she left him.

He spent more than twenty-four years in jail for the punishment of five attempted murders. Richard Ramirez was always present in court appearances, but all time his appeals got rejected. When he was in jail, Ramirez was connected to more cruel crimes. In the year 2009, another case of a girl’s murder and rape was connected to him, which he did on the 10th of April 1984 in San Francisco. The DNA found on her body belongs to Ramirez.

On the 7th of June 2013, Richard Ramirez died when he was 53-years-old. He was caught with a problem of B-cell lymphoma. Ramirez was affected by other serious diseases: a viral infection, chronic hepatitis C, and chronic substance abuse. As per the San Quentin State Prison corrections officers’ statement, he died when he was taken to the Marin General Hospital located in Greenbrae, California. 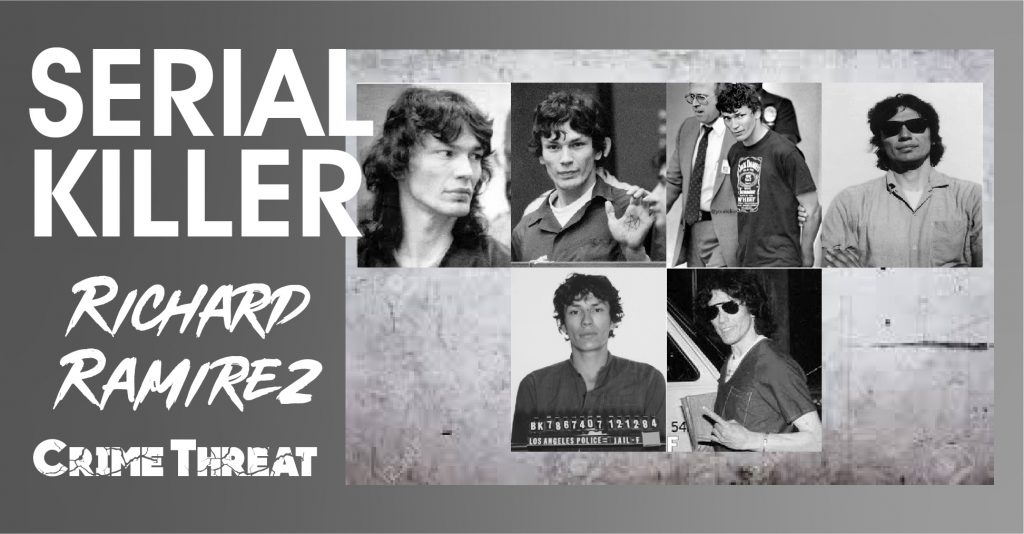 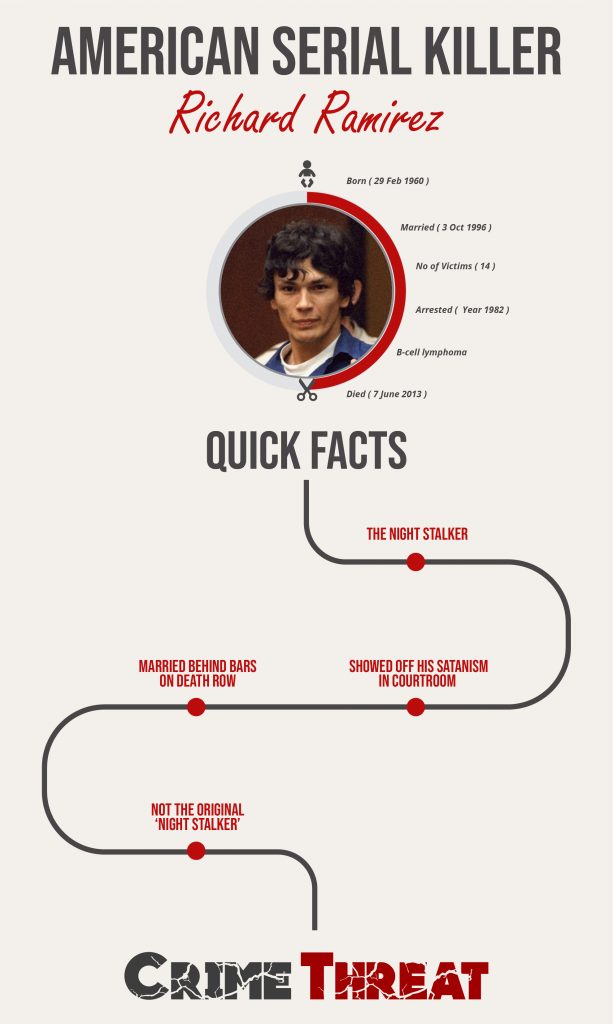