Serial Killer Rape And Murder At His Pig Farm

Robert Pickton, a renowned pig farmer killer of Canada, was born on 24th October 1949. In the year 2007, he was condemned to jail for the assassinations of 6 women. In the year 2002, Pickton was taken into custody for the investigation of several murders. He was charged with around twenty murders of innocent women. Most women belong from Vancouver’s Downtown Eastside. He was punished for staying in jail for his whole life, along with no chance of parole for around twenty-five years. The court sentenced Pickton to life imprisonment, and many times he tried for the appeals, but all time it was rejected by the British Columbia supreme court. He worked for different roles in the movies. In the year 2016, he wrote a book named “Pickton” that depicts his life.

Pickton owned a pig farm along with David (brother) in Port Coquitlam, British Columbia.  One of his workers, Bill Hiscox, said that Pickton farm is located in a creepy place. Hiscox described his owner Pickton simply as a quiet person. After some years, his brother did not pay attention to their farm and started a non-profit charity named “The Piggy Palace Good Times Society” in the year 1996. He operates and manages special events, shows, dances, exhibitions, and functions on behalf of different worthy groups. These events also entail wild parties and raves that features sex workers and get-togethers on his farm. Each event has more than two thousand individuals.  Hell Angels members were their regular clients. Pickton and his brother sold many of their inherited property. 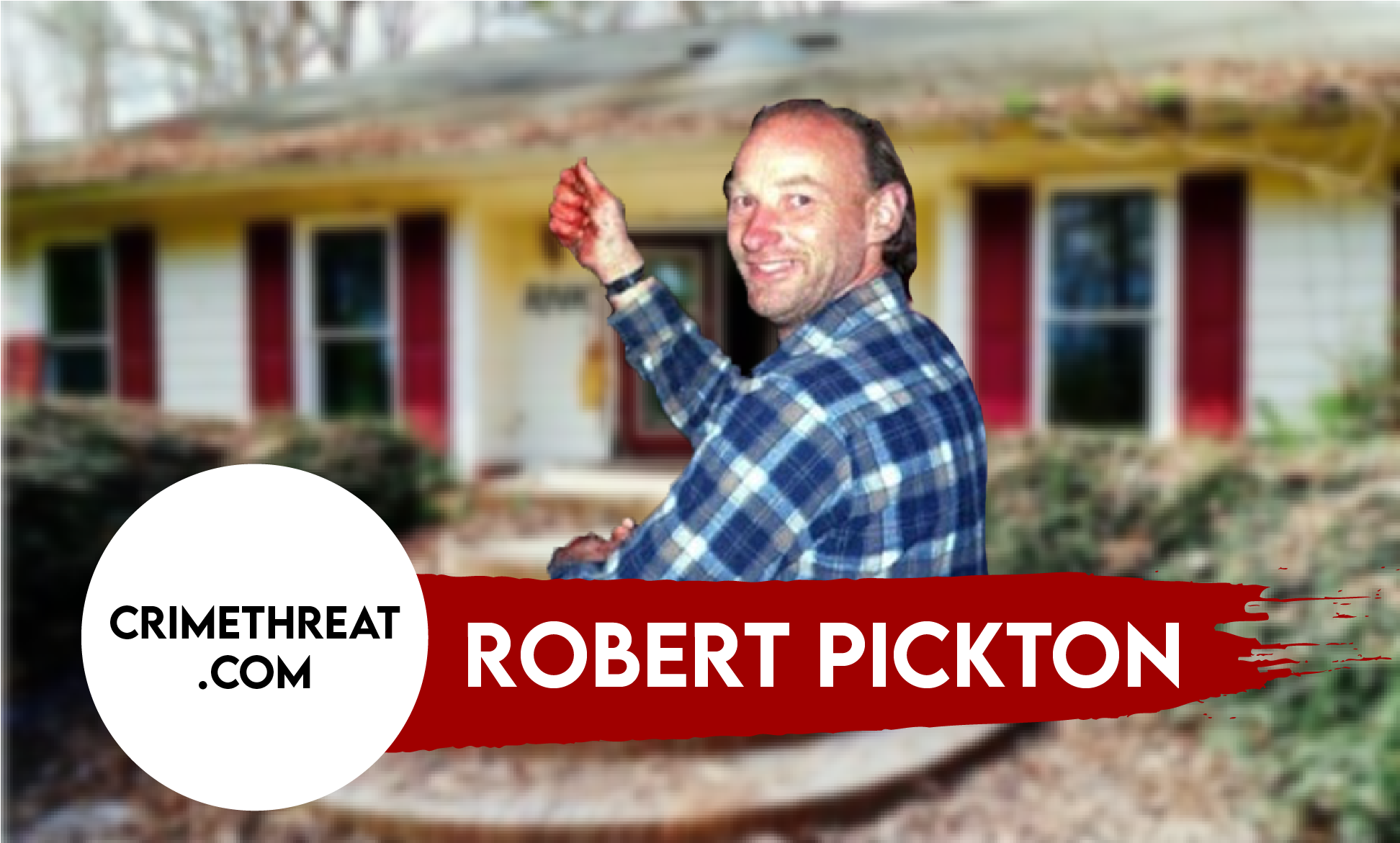 On the 23rd of March 1997, Robert was arrested by the police for the attempted murder of Wendy Lynn Eistetter. She was a sex worker, and Pickton stabbed her many times for a little fight at his pig farm. Eistetter told police that he handcuffed her, but she escaped from his farm after suffering numerous cuts. She also told police that she stabbed Pickton many times with his weapon before running away. Pickton was admitted to Eagle Ridge Hospital, whereas Eistetter was also admitted to the nearest hospital. The prosecutor dismissed the case because the victim is unable to provide the evidence.

The handcuff key was found in Robert Pickton’s pocket. Besides this case, Pickton has a list of a criminal record for assaulting and raping women. Their organization finished after the New Year party, which was held on 31st December 1998. The reason for closing this organization is Pickton’s brother, who was charged for violating laws and lawfully banned from holding any other parties. In 1999, the police received a call from someone who said that Pickton is involved in preserving the human skin in his freezers, and this activity took place on his property.

On 5th February 2002, Pickton was caught by the police at his farm. The police found the belongings of a missing woman, but her body was not found on his farm. The court ordered to search Pickton farm again to find more evidence. Lillian Jean O’Dare was the name of that lady who was riddled with prostitution and drug trafficking. Pickton started dating Lillian in September 1978. While searching Pickton’s slaughterhouse, police found human skulls, feet, and hands. Also, they found the teeth and jawbone of a victim. A revolver of .22, handcuffs, goggles, and garbage full of photos were found from his place. Pickton told the Vancouver police department that he murdered around 49 victims. While in police custody, his final statement was recorded in which he accepted that he did all these murders.

As per a spectator on tape, Robert had stated that he brought female victims to his farm and handcuffed them. Then they raped them for few days and after that murder them via strangulation or shot them. He minced their meat with the pig meat and gave it to his family and friends. Pickton claimed in his statement that he became more violent when doing sex with these women. 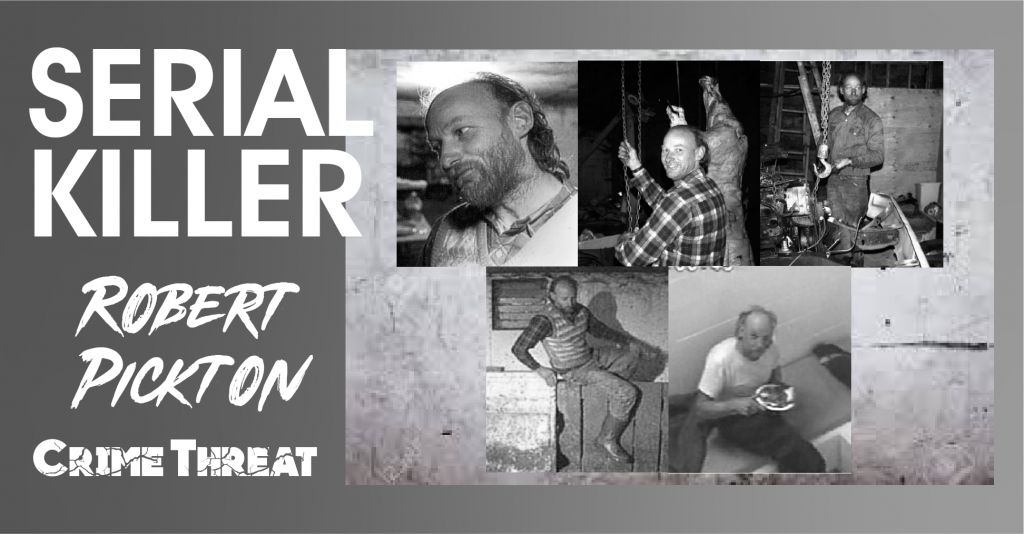 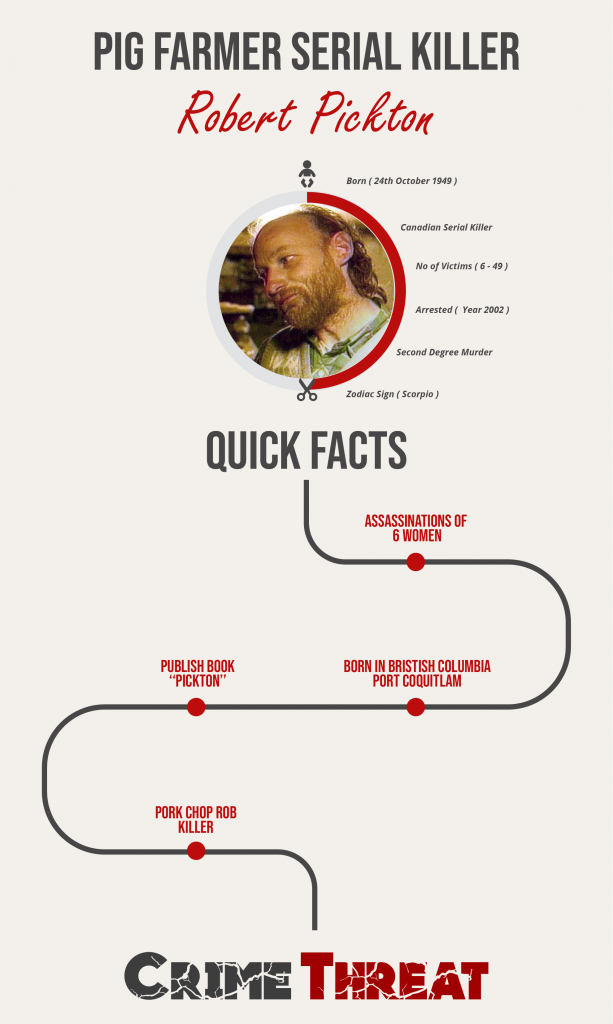