Circumstances Around The Murder

Sammantha Allen( phoenix woman ) and her husband were responsible for locked Ame into a plastic box, where she was left and found dead due to heat a few hours later. Ame was a cousin of Samantha Allen. The 10 years old girl Ame Deal stealing an ice popsicle without asking, and as a punishment, she was asked to stay in the small plastic storage box. She was found dead six or seven hours later when they opened the box.

The phoenix police department has said that the dead girl had a history of being beaten by her family members. Three of her relatives are already in prison for attempted child abuse to Ame Deal. Sammantha Allen’s own mother, Cynthia Stoltzmann, who also was Ame’s legal guardian, is one of those relatives. She is in prison, serving a 24-year prison sentence for a child abuse conviction. 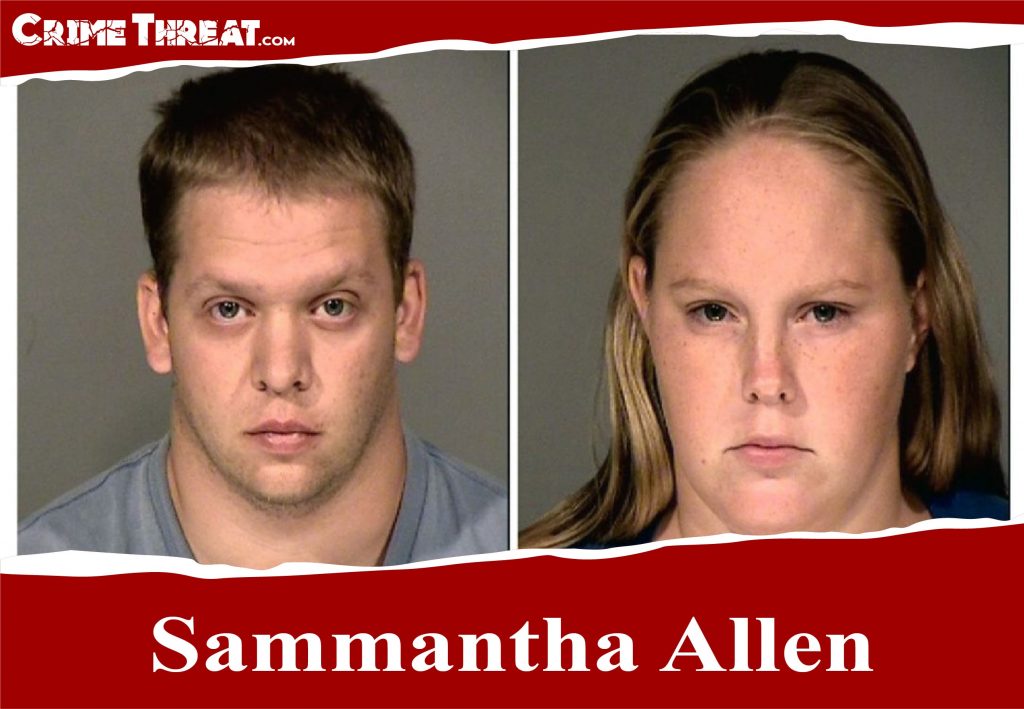 The poor girl Ame Deal was forced to eat dog feces and crush aluminum cans barefoot. On some occasions, she was forced to eat hot sauce and get in the storage box as a normal punishment. Due to her bad circumstances, she often got kicked in the face and beaten with heavy objects. If she wet the bed, she would be sleeping in the shower without any pillow or blanket. The purpose of mentioning these things is that people knew she was abused and neglected, which caused her to be murder at such a young age.

It is said that Ame was playing a game of hide-and-seek later that night and wasn’t found for several hours. When she was found, it appears that Samantha and her husband were responsible for punishing a little girl. As a result, they both got arrested by the police officers of the Arizona Department.

Allen’s husband, referred to as John Allen, is 29 years old. He has pleaded not guilty to first-degree murder and attempted child abuse, but the evidence is against him, so he got the death penalty sentence after his trial.

As for the Sammantha Allen trial, the child welfare authorities in Arizona said they don’t have any abuse report against the in Ame’s case. Still, Ame was being abused since she and her family moved to Phoenix from Utah.

During the trial at Arizona supreme court, the jury reached the verdict, and both John and Samantha were convicted of first-degree murder and four counts of child abuse.  Apparently, Samantha was hysteric; she held her head in her hands and cried. She even cried while hugging her attorneys before she was taken out from the courtroom.

Although both John Allen and Samantha Allen are sentenced to the death Penalty, their execution is delayed. It is said that it happened because Arizona has stopped making lethal doses to kill criminals due to botched execution that sued Arizona state with a lawsuit.