What Exactly Happened To The Jamison Family

In 2009, the entire family disappeared from their home into the woods of Oklahoma. The Jamison family’s disappearance is still an unsolved murder suicide mystery. There were some clues, but they weren’t enough to solve the case.

There were 3 family members in the house on October 8th of 2009. Bobby Jamison, his wife Sherilynn Jamison, and their one child who was 6 years old daughter Madyson. That day the whole family vanished from their home mysteriously. There was no indication of where they were going or anything that could tell what happened. A few days later, when police searched, they found the family’s pickup truck. This is where things got more suspicious. The truck was found in Latimer County. That area is an hour’s drive from Jamison home. The family was looking to buy forty acre plot of land there. They were also planning to live in the storage shed that they already owned there. But given the items found in their truck, it seemed unlikely that they were planning to stay anywhere but in the truck. Police found missing family personal belongings like IDs, wallets, Bobby’s phone, Sherilynn’s purse, and a family’s dog. The family dog was malnourished but sitting in the back seat of the truck alive.

There was also $32,000 money found there among other things. Both Bobby and Sherilynn were on disability around that time. Neither of them could have gone to the bank and got such big money because there was no intention of using that much cash either. However, cash-related questions are mostly unknown, and it was assumed that either the couple was selling drugs or buying drugs. The Jamison family’s vanishing also seemed the result of the drug trade. Even if it is believed that a drug deal had gone wrong why would the couple bring their daughter along? And above all why did they leave their belongings and IDs behind in the truck. It could be a possibility that they left things under duress.

The police formed a searched party to find them. They searched in the nearby woods and areas to trace Jamison’s family but they came up empty-handed.

How Were Their Bodies Found?

Strangely, on November 16, 2013, a bunch of hunters stumbled upon the partial skeletal remains of two adults and a child just three miles where they found side by side the Jamison truck 4 years ago. Forensics were unable to tell the cause of death because of decomposition but they were identified.

The case of Jamison’s family deaths was reopened and examined. They found a video in which the couple can be seen going back and forth to their home and truck packing all their belongings. It was also discovered that Bobby Dean said to his pastor that his house was haunted, and he had seen 2 to 4 ghosts on his roof. His wife bought a Satanic Bible and Bobby had read that too. This led people to believe that there was witchcraft involved in Jamison’s family deaths.  There were other theories as well but none of them fits perfectly. It remains mysterious deaths unsolved. 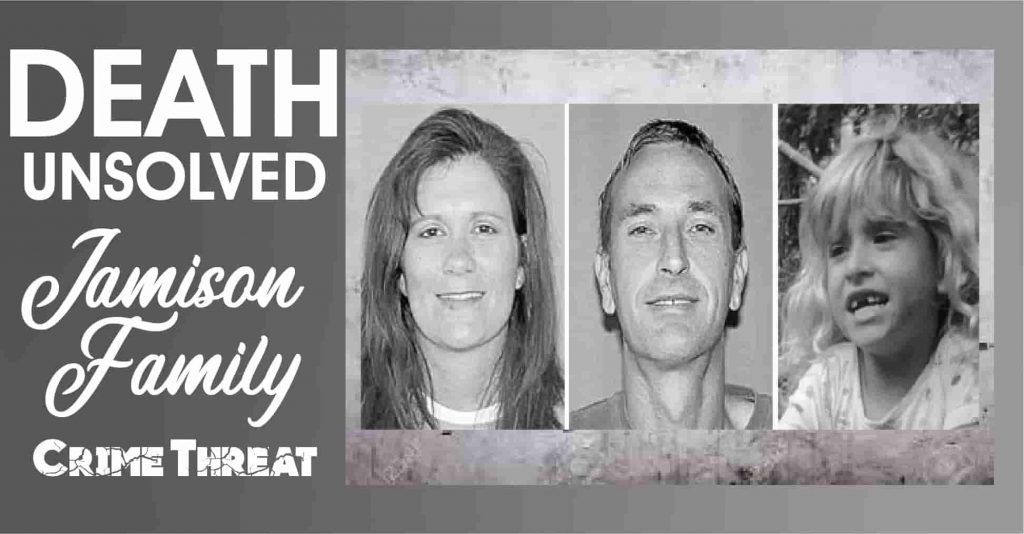