Tierra Capri Gobble is an American woman convicted of murdering her son. She was convicted and sentenced in Alabama in 2005. She is currently incarcerated in Julia Tutwiler Prison for death row women, and her AIS is 0000Z719.

To say the least, Tierra Capri Gobble was a troubled woman. She had a temper, and she was abusive. She had three children before this one, and they were all taken away from her due to her abusive behavior towards them. Her daughter Jewel was also placed with her paternal uncle Edgar Parrish. Gobble gave birth to his late son Phoenix on August 8, 2004, in Plant City, located in Florida. 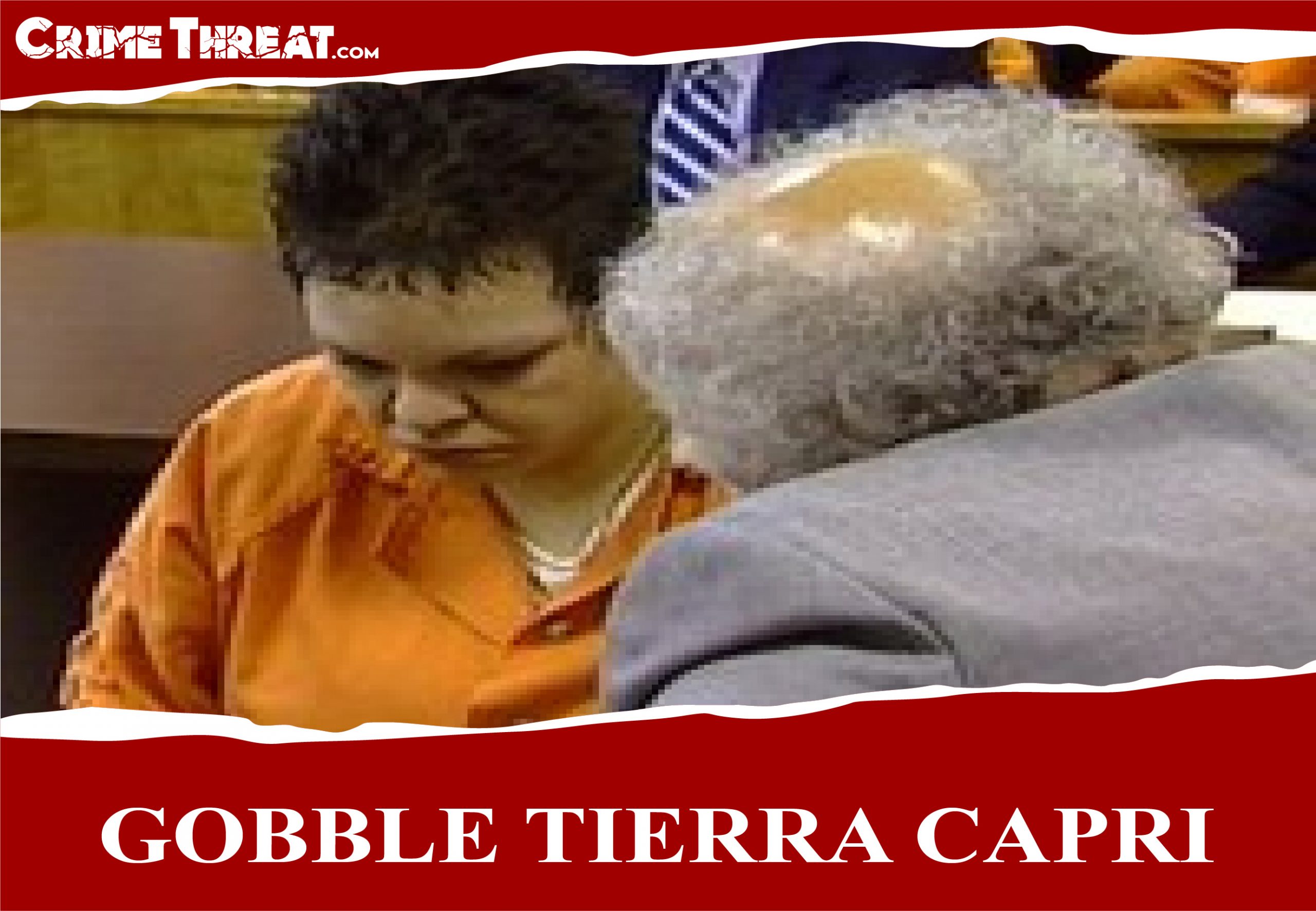 Due to the DCF (Florida Department of Children and Families) involvement with her first child Jewel, Phoenix was taken from her mother’s custody. Even though she wasn’t supposed to contact her children due to court order, she and her boyfriend Samuel David Hunter moved in with Phoenix, Parrish, and Walter Jordan in October 2004. Around that time, she signed an affidavit with the intent to terminate her parental rights. Her parental right terminated her on 2nd December before the incident.

In the early morning of 15 December, Tierra Capri Gobble was having trouble getting phoenix to sleep. It was around 1 am that she fed him, and after finishing the bottle, she put him in his crib. She then checked him at 9:00 am and found him playing. Tierra slept again, and when she woke up again at 11:00 am, she found him not breathing. She called Tori Jordan, who was in the trailer that day, and he went to get Edgar Parrish, who was nearby. It was Parrish who called 911, and when the paramedics arrived, Phoenix was unresponsive. He was rushed to the hospital, and the doctor pronounced dead shortly.

Within the few hours of Phoenix’s death, Gobble was under police custody, where she said she was the primary caretaker of Phoenix despite Parrish being the guardian. She would get upset with phoenix when he couldn’t sleep, and she might have held her tightly to broke his ribs, or Phoenix head might have struck the crib while she was fixing his blanket.

Gobble testified in her defense, stating Jordan is abusive and domineering. During the court proceedings, she was convicted of capital murder by a Alabama supreme court. The trial judge sentenced Gobble to death penalty by 10-2 votes.