Valerie Dee Martin is another woman who is convicted of robbery and murder charges. She is currently on California Death Row for the murder of an elderly victim named William Whiteside.

The police reports state that Valerie Martin, her sixteen-year-old son Ronald Kupsch III, his pregnant girlfriend Jessica Buchanan, and Kupsch’s friend, 28-year-old ex-con Christopher Lee Kennedy planned the murder of the elderly man. That elderly person was 61 years old who worked at the Antelope Valley Hospital with her. Martin Valerie’s body was found dead inside the trunk of a car. The cause of death was suffering from severe burns and trauma that was probably caused by Martin and her accomplices. 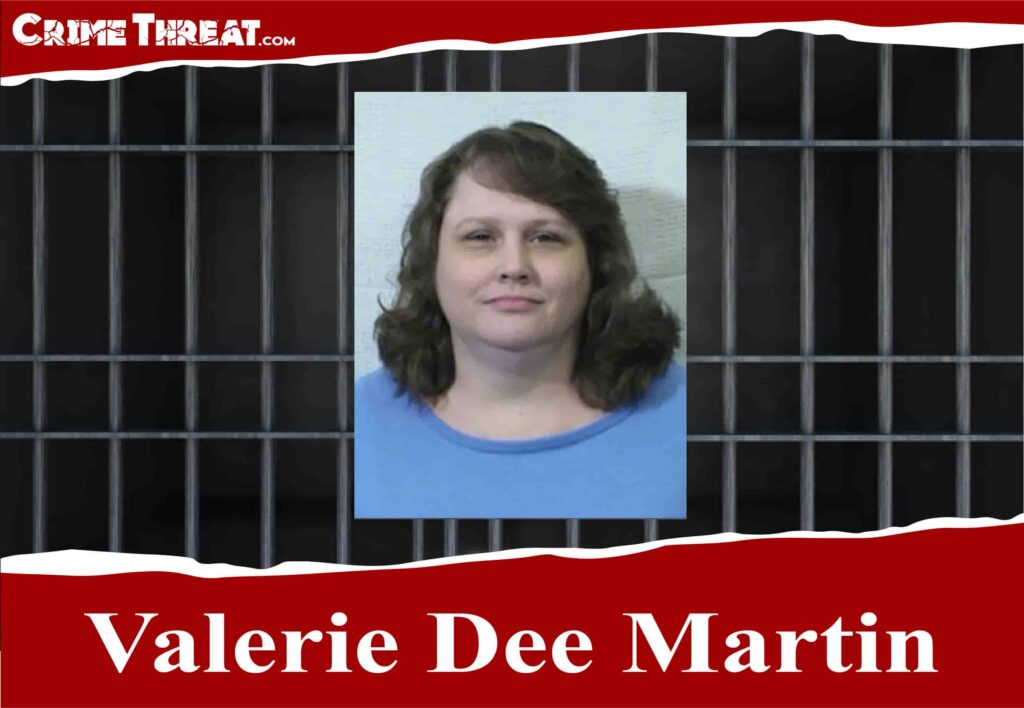 It is said that Valerie Martin, was a White supremacist and associated with other White supremacists including Donovan Casey, Bradley Zoda, Christopher Kennedy, and Stewart Smith. It is also reported that all people in her close social circle were all methamphetamine users.

On February 27, 2003, everyone was in Whiteside’s mobile trailer home, and they were all getting high. She brings up that she owes a $300 debt to some Mexican drug dealer for the methamphetamine and if she doesn’t pay them, they will come over. They discuss the possibilities of repaying the debt and came up with the plan to mug Whiteside to get his money.

Once they all showed willingness, it was decided that they would go to the Antelope Valley Hospital and one of them would jump Whiteside in the hospital parking lot after he gets off work and take his wallet. That day, around 9 pm, Valerie Dee Martin drove Kennedy, Zoda, and Kupsch to the Antelope Valley Hospital. As the situation folds, they found that their car was too close to the street, and they would be many witnesses if they tried anything, so, she came up with an alternate plan and decide to drop three people at a friend’s trailer and called Whiteside and asked him to pick her up on his way home from work.

Those who went to the mobile home got high on methamphetamine and when Whiteside came near their mobile home, they all got ready and attacked him in his car. Kennedy and Zoda started beating and hitting Whiteside with a bat, wooden stick and even used fists. They took his wallet and money. After beating him, he was unconscious, so they put him in the car trunk. Whiteside tried to open the trunk twice but got beaten again while they drove here and there.

Later that night, Kupsch called Valerie Martin and asked her to bring gasoline. When she arrived, they used the gasoline to burn the car that had Whiteside’s body in the trunk. The next morning, Kennedy was arrested for a probation violation. And the burned car was found by the authorities, but Whiteside’s body wasn’t discovered until March 10, 2003, when his ex-wife reported her ex-husband was missing after talking to Martin.

According to forensics and autopsy, Whiteside’s died of smoke inhalation and burns on his body. It is assumed he was burnt alive.

Valerie Dee Martin arrived with gasoline as the defendant called her to come. Kennedy dumps the gasoline all over the vehicle and accidentally burned with fire. A defendant who lit up the gasoline on fire.

Kennedy and Zoda returned to the Whiteside’s home where they took off their clothes and put them in a trash bag. After that, they left for Kennedy’s residence where they smoke some drugs.

The burned car was discovered on February 28, 2008. Officials found objects like melted aluminium bad and lighter near the car. Whiteside’s body remains were found inside the truck but most of the body was burned away. The cause of death was declared due to smoke inhalation after autopsy.

Valerie Dee was charged and found guilty of convicted of robbery, kidnapping, and first-degree murder through arson. Dee Martin, her son Kupsch, and his ex-convict friend Kennedy all got life sentenced to death without the possibility of parole. In court, Kupsch also said that he hated Whiteside because he was from a different race. However, their accomplice Brad Zoda, who was 14 years old at the time, testified against Martin, Kennedy, and Kupsch and didn’t get sentences like them.