Victor Alas, a 15-years-old minor, raped and murdered a 15-years-old girl along with a 16-years-old co-murderer, Jose Reyes. The murder took place in February 2014 in a vacant apartment. Both the murderers and rapists are sentenced to life without any parole.

Victor Alas was a resident of Texas. He was just 16 years old when he decided to involve in a horrifying satanic ritual. As per the ritual, he had to rape, bludgeon, and murder a pretty girl. Alas was a student of a school in Clear Lake, Texas. His main objective was to sell the soul to a devil.

It was the first crime of Victor Alas. On the day of the murder, Alas, Reyes, and Corriann Cervantes were present at the same party. All of them smoked marijuana and drank alcohol. After that, Alas and Reyes took her to an empty apartment where they had consensual sex. While having sex, Reyes stabbed Cervantes and hit her head with the lid of a toilet tank. Suddenly, the consensual sex converted into a terrible rape. Reyes and Alas used a screwdriver to stab her body and face dozens of times. They also used an ashtray and toilet tank lid for stabbing. Cervantes started begging for her life, but they gouged out her eye. They choked her and incised an upside-down cross in her abdomen. 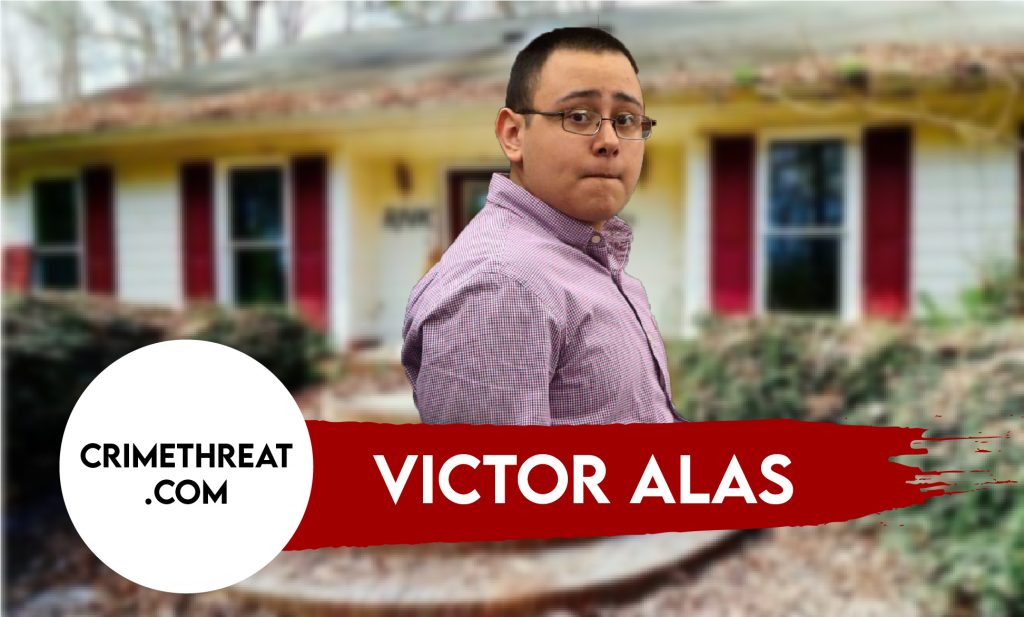 The dead body of Cervantes was found a few days after her murder. A passenger was passing by that apartment when he noticed the open door. He went into the apartment where he found the disfigured body of Cervantes. He immediately called the police, and then the investigation began. The police found religious things nearby her body. After the killing, Reyes told clear-cut details of the murder to two individuals. One of those individuals reported that to the police. The police immediately caught Reyes, and he confessed everything to the investigators. He told interrogators that he was doing it as per the devils’ direction, and the devil was watching them throughout. Later on, Alas got arrested, and he told the investigator that he was only involved in consensual sex. He completely denied the physical torture and murder of Cervantes and alleged Reyes for injuries and murder. He told explicit details to the police, which they didn’t know yet.

During the trial, a forensic DNA analyst testified that Victor Alas couldn’t be expelled from the case. It’s because his DNA was found inside Cervantes and also on the screwdriver. A medical investigator declared her injuries and reason for death. She testified several severe injuries and told the jury that Cervantes was alive at the time of multiple stabbing. Her death was due to multiple hitting and injuries. The investigator declared that at least two individuals were involved in the murder based on her body’s condition.

After a one-week-long trial, the jury found Victor Alas guilty and gave him an automatic life sentence.

“At the point when she bit one of her assailants, the pair gouged her eyes out with a plastic window ornament bar and cut her with a screwdriver.”

“Reyes guaranteed he offered his spirit to Satan — and he disclosed to Alas he could, as well, in the event that he killed one of his colleagues, Alas revealed to Houston specialists.”

“A Texas youngster who killed a 15-year-old young lady and disfigured her dead body as a wiped-out accolade for Satan will spend the remainder of his life in a correctional facility.”